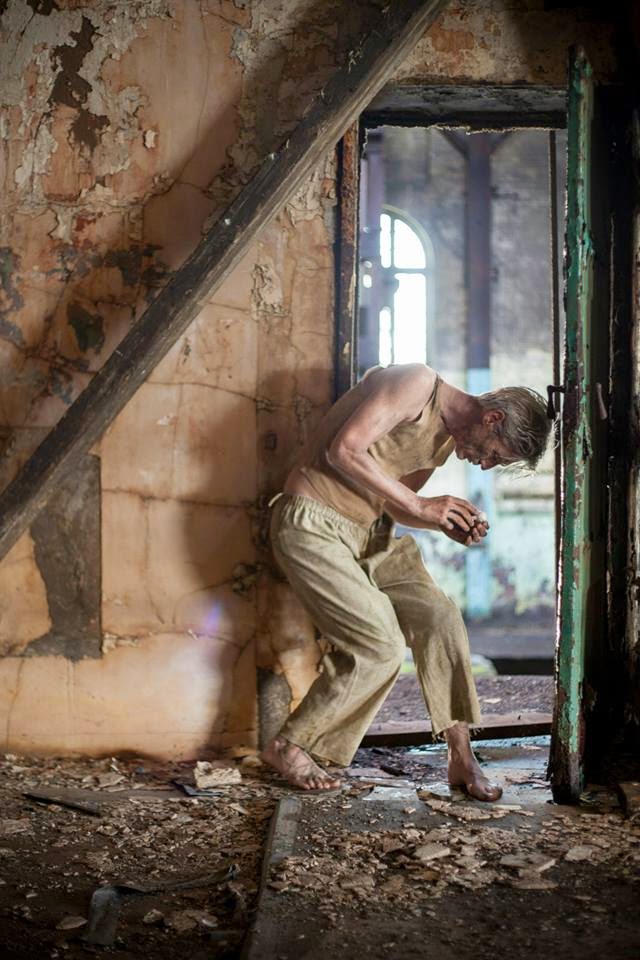 Beckett's short prose are adapted for performance within a crumbling townhouse. From Sarah Jane Scaife's scrupulous installation, we get the sense that lives didn't turn out the way they should have.

My review of Fizzles by Samuel Beckett coming up just as I anticipate some degree of starlight ...

Crackling alive before hissing into failure, the components of Beckett's short prose collection come together under an appropriate title: Fizzles. Adapted for performance by director and designer Sarah Jane Scaife, the chosen site for Company SJ's production is a Georgian townhouse on Henrietta St. Once a lavish home for 18th century aristocrats, then a crumbling tenement by the early 20th century, it's evident that the grandeur of 14 Henrietta St had its own brief release before fizzling out of existence.

Against its crumbling decor, the willowy body and stiffened voice of Raymond Keane sculpt actions that, in the lives of the forsaken, stand as landmarks. Gently lit by Paul Keogan's lighting, Keane painstakingly carries himself from one end of a room to another, encapsulating a lifetime of un-fulfilment, finding significance only in the lick of a dusty wall.

"I gave up before birth" we hear in Keane's hardened voice, as his body unfurls in sad recoil. From the juxtaposition of his ragged state with a ghostly image of an elegant coat and cane, we leave Company SJ's scrupulous installation with the mournful sense that lives did not turn out the way the should have.

Posted by Chris McCormack at 4:11 PM