Landmark Productions, 'Ballyturk': Everything We Thought We Knew 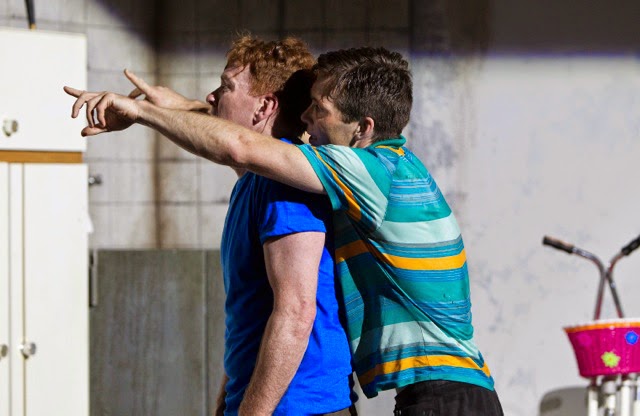 The affect of watching Enda Walsh's play is to feel certainty of time and place constantly slip away. Will we ever find our way back from Ballyturk? Photo: Patrick Redmond


My review of Ballyturk coming up just as soon as I don't think bunnies should be given that complexity ...

Druid, 'Be Infants in Evil' 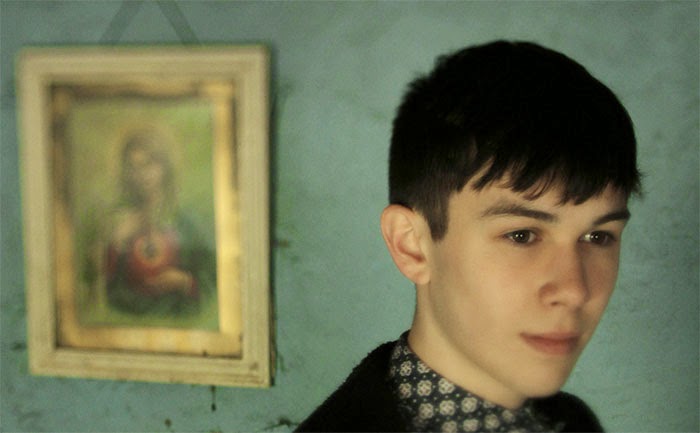 
I reviewed Be Infants in Evil for Irish Theatre Magazine, which you can read here.

Sound off your thoughts in the comments below.

Posted by Chris McCormack at 5:03 PM No comments:

Moonfish Theatre, 'Star of the Sea': While the World Was Quietly Dying 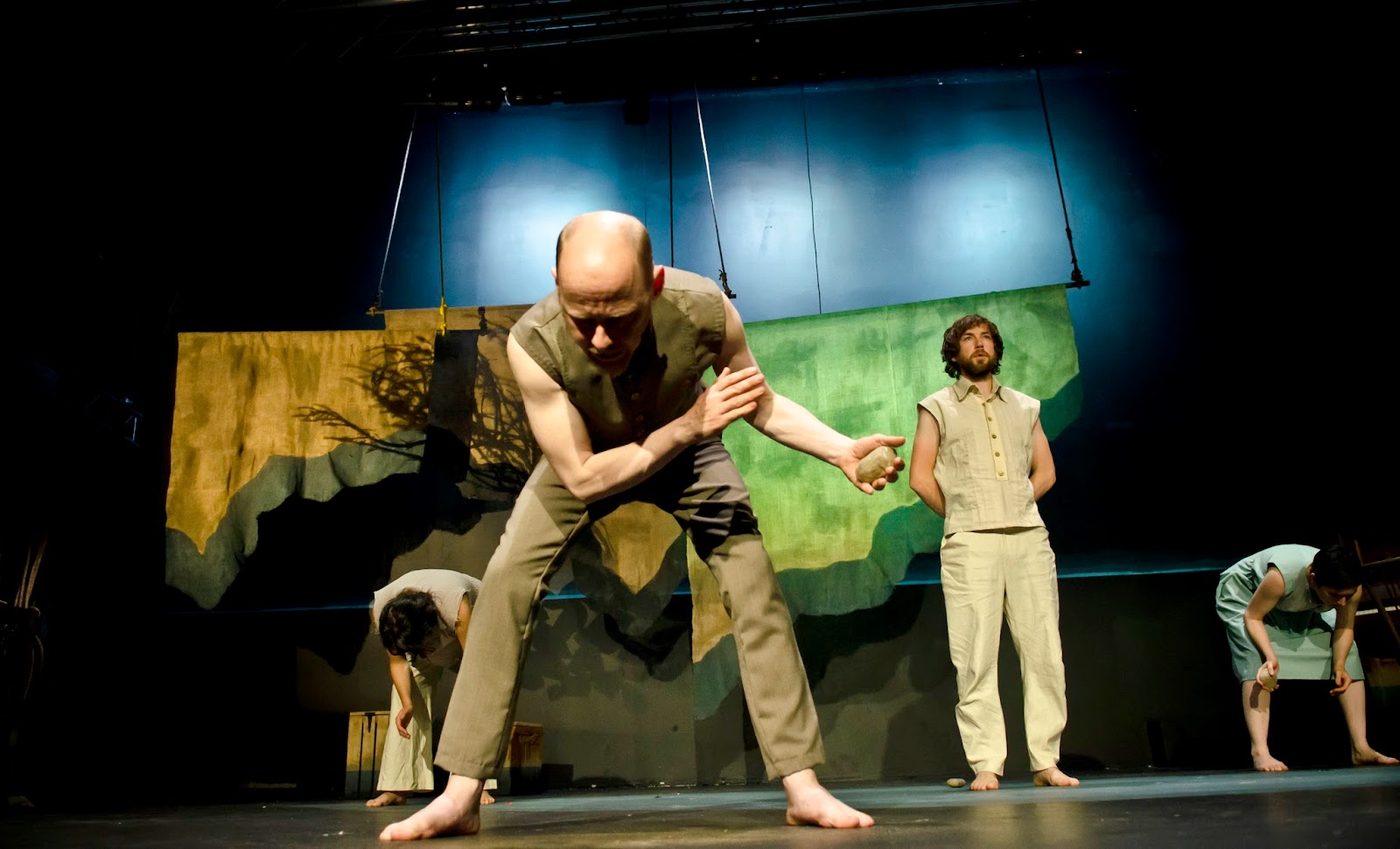 Moonfish mast the sail with invention to spare in this reimagining of Joseph O'Connor's famine ship novel. Photo: Marta Barcikowska.

My review of Star of the Sea, freely adapted from the novel by Joseph O'Connor, coming up as soon as I claim to know 500 songs ...

Read more »
Posted by Chris McCormack at 7:38 AM No comments: 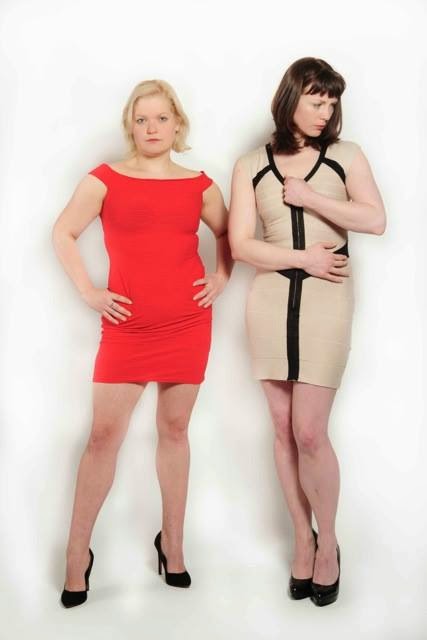 Claire McIntyre's Low Level Panic debuted in 1988. Anam's production has us consider how sexism has changed since.


I don't have time to do a full review of Low Level Panic.


Debuted in 1988, British playwright Clare McIntyre's play is set in a bathroom where three women consider the omnipresence of pornography and female objectification they feel in their lives.

From the moment the male stagehands dismantle Róisín O'Toole's artful set, Justin Martin's staging never lets up a domineering gaze onto these women's lives. The sexually-infatuated Jo (Eimear Kilmartin) initially seems empowered but eventually succumbs to weight pressures and scrutinises her body. More traumatised is Mary (Sarah O'Toole), who still reels from a sexual assault from her past. Most composed is Celia (Aoife Martyn) but as she rushes to answer the door to an impatient beau, you'd wonder if she is about to stumble into danger.

It has its bad habits. Martin's direction can be fussy (overcrowding the stage with 18 actors at one point). Kilmartin swaggers like a comedienne and sometimes her affect is hammy, while Sarah O'Toole's considered turn doesn't fully chart her character's psychological damage.

However, it's a gutsy and political move by O'Toole's Anam company, with moments that are disarming. After a smutty exchange about nudity and sex, the naturalism of the scene melts away with a type of  Michael Chekov-inspired movement that illustrates two women's inner selves. Despite societal grievances, the truth is they are beautiful.

Posted by Chris McCormack at 1:56 AM No comments:

Email ThisBlogThis!Share to TwitterShare to FacebookShare to Pinterest
Labels: Anam, The New Theatre

Blue Raincoat, 'On Baile's Strand': Lending Names Upon the Harp 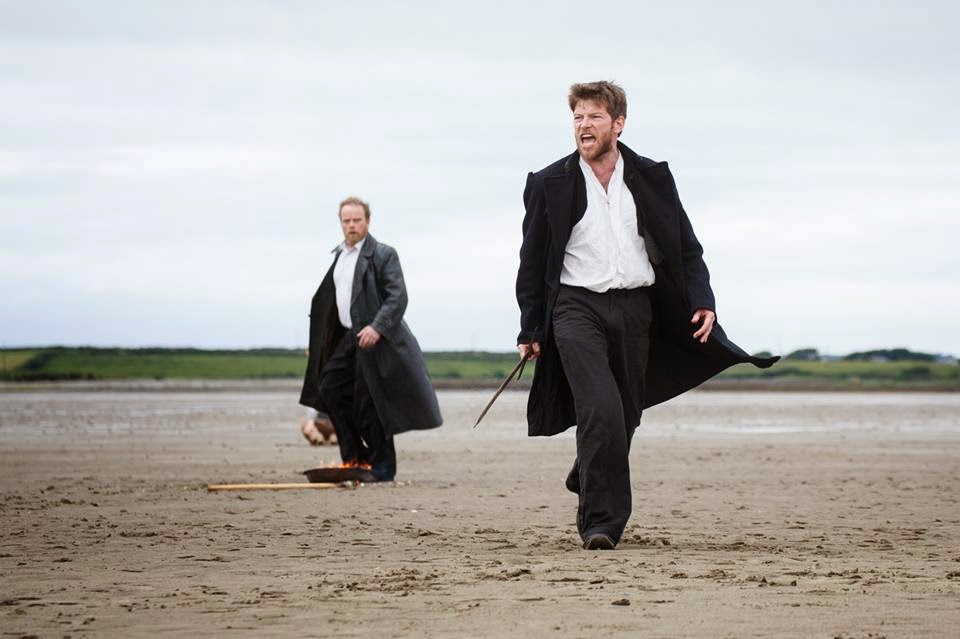 An outdoor performance of Yeats' 1904 play about Cuchulain's madness feels like an old treasure washed ashore.

My review of On Baile's Strand by WB Yeats coming up after the jump ...

Read more »
Posted by Chris McCormack at 2:01 AM No comments: 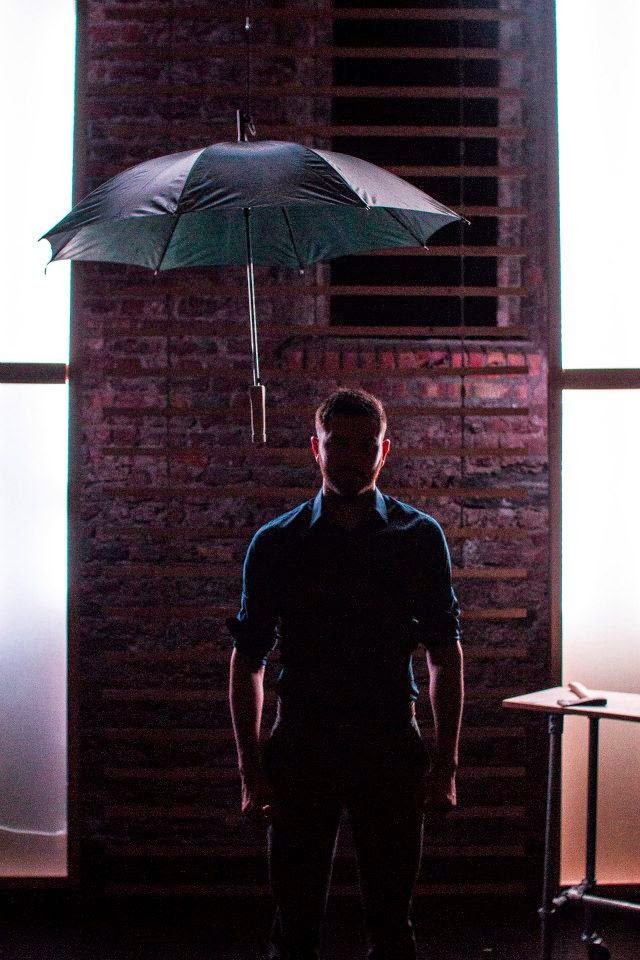 I've never reviewed a magic show before but I thought LAPSE was worth a few words. Plus, it's co-produced by Sugarglass Theatre, whose work I often admire.

Through the lens of memories of his deceased grandfather Roddy, magician Shane Gillen's performance explores memory, its substance and transference. His tricks have audience members participate in mind-bending illusions - how he stays a step ahead of the crowd is a mystery.

If you are to consider it dramaturgically, you might think Gillen's references to memory theorists and scientists, while heavy handed and not easily absorbed, to be filler between tricks rather than making any considerable point. The finale is also one of the few predictable moments in the evening.

I wouldn't let it restrain you. Gillen is magnetic, his tricks maddening and unquestionably convincing. Even if his explorations of memory mightn't materialise fully, LAPSE will certainly stay with you for a long time.

Posted by Chris McCormack at 7:54 AM No comments: 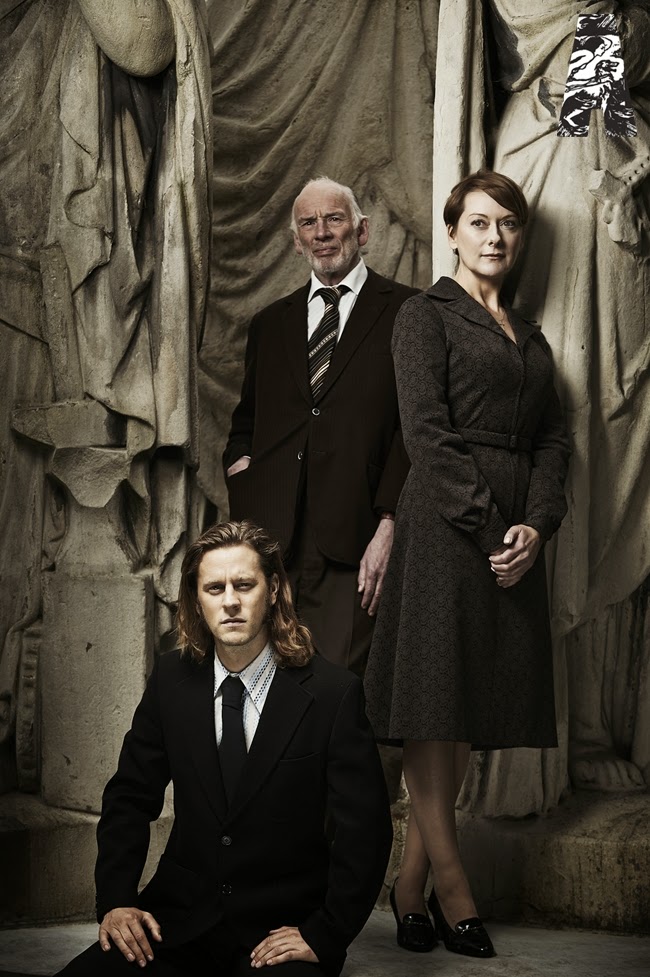 As the walls of Ballybeg Hall crumble in Patrick Mason's staging, you find yourself strangely unsympathetic.

My review of Aristocrats by Brian Friel coming up just as soon as I recognise the McCormack waltz ...

Read more »
Posted by Chris McCormack at 5:25 PM No comments:

BrokenCrow, 'Enter Juliet': If Our Minds Be So 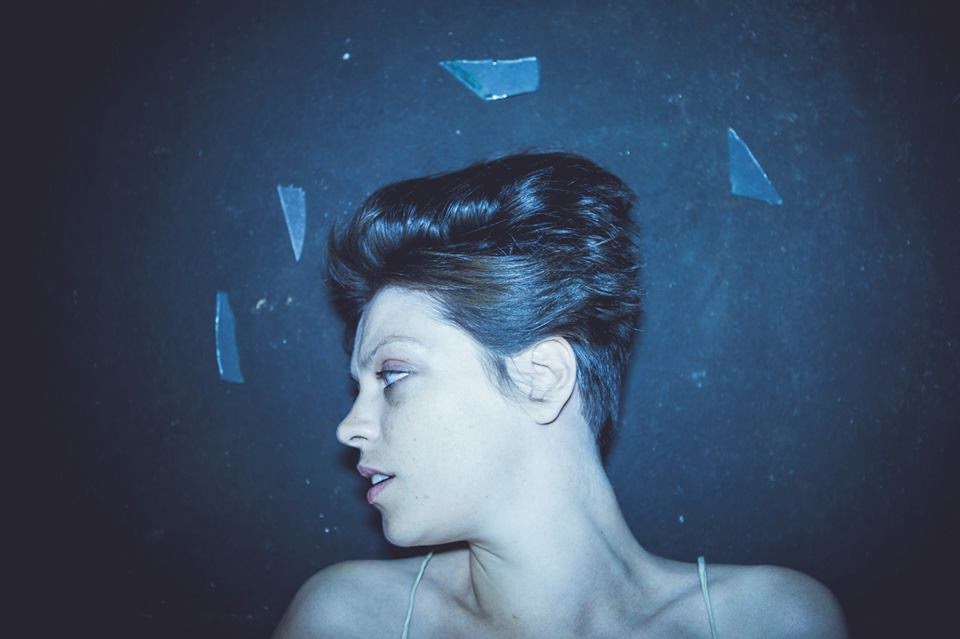 Abandoned psychiatric patients must mount their own Shakespeare-type play for survival in Ronan Fitzgibbon's dark thriller.

My review of Enter Juliet by Ronan Fitzgibbon coming up just as soon I jockey for a position in what is a doggy dog world  ...


Read more »
Posted by Chris McCormack at 4:16 PM No comments: 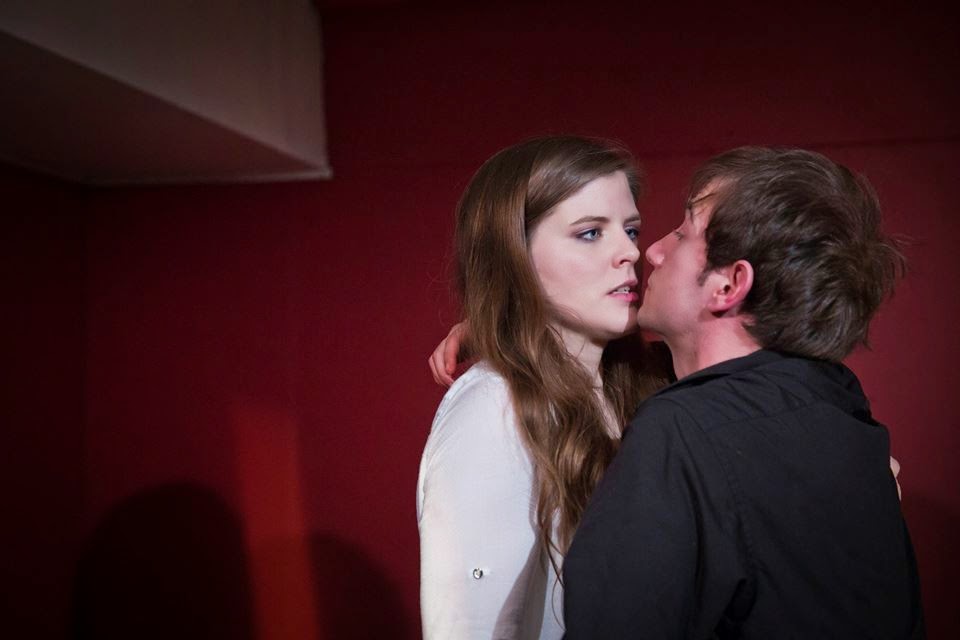 What starts as a believable examination on prejudices facing women in their professional lives becomes a disjointed murder cover up.


I don't have time to write a full review of TACTICS by Jed de Brí and Finbarr Doyle.

This second play as part of Sickle Moon Productions' residency in Theatre Upstairs presents us with Medbh, a political candidate who is running to replace the seat of her deceased father. Nessa Matthews' considered performance instils the reality of perceptions and prejudices facing women in their professional lives.

The play then takes a disjointed turn as Kieran Roche's flirtatious beau is revealed as an extramarital lover, then stabbed by the home-early-from-work husband played by Finbarr Doyle. The lunge for the knife is too great a leap, as nothing in Doyle's performance or the writing builds to the extraordinary decision.

As with previous play Slippers, de Brí and Doyle write good dialogue but can't raise the action and retain credibility. "All my life I have done the right thing" says the person who is about to cover up a murder.

TACTICS doesn't convince and it isn't original; It's hardly a revelation to Irish audiences that politicians are susceptible to corruption and cover ups.


Posted by Chris McCormack at 11:14 AM No comments: