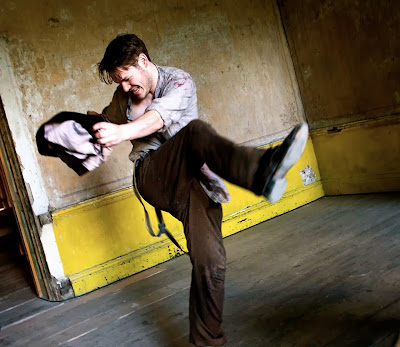 Lloyd Cooney tearing it up in No. 14 Henrietta Street during ANU Productions' marking of the 1913 Lockout centenary.


As per the year end ramble of making lists of the year's best in music, cinema and such, below I give what I think are the highlights of 2013 in Irish theatre.

Before I begin I'll disclaim that while my scope is very Dublin-centred I did travel and provide extensive coverage of both the Cork Midsummer Festival and Galway Arts Festival. My misgivings include failed trips to Limerick, to the Blue Raincoat productions in Sligo, the Beckett Happy Days Festival in Enniskillen, the City of Culture events in Derry, and to any of the theatres in Belfast. These aside, however, I'll argue that this still is a comprehensive list of the year's finest in Irish theatre.

This year I made the decision to drop out of college and begin writing to arts editors looking for a job (if any of you said editors are reading, expect more pesterings in your inbox).

This commitment has meant that I have reviewed 102 performances in 2013 whilst keeping up the day job. These were spread between the reviews here, for Irish Theatre Magazine, and some work that I do for the Arts Council. The most read reviews here on the blog were my reviews of King Lear and Living the Lockout, my counterpoint to Una Mullally's Irish Times article on the most creative people in Ireland, and my opinion piece reacting to the Limerick City of Culture programme.

Read more »
Posted by Chris McCormack at 9:52 AM 3 comments:

THEATREclub, 'HISTORY': The Republic That Never Was 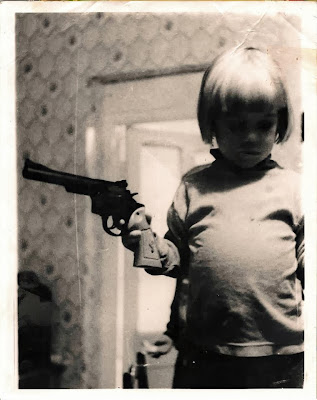 As the finale of THEATREclub's trilogy of history plays, will this look backwards move us forward?

Below is my review of THEATREclub's HISTORY - the last play I will be reviewing this year. I will be taking a break for Christmas but check back next Monday for my top 10 theatre productions of 2013. Meanwhile, my review of HISTORY coming up just as soon as I am also in the play ...

Read more »
Posted by Chris McCormack at 12:41 AM No comments:

Email ThisBlogThis!Share to TwitterShare to FacebookShare to Pinterest
Labels: THEATREclub

Abbey Theatre, 'The Risen People': Was it For This the Wild Geese Spread? 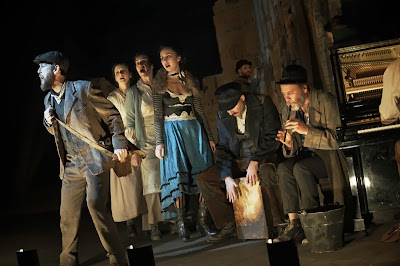 As a year of marking the centenary of the 1913 Lockout comes to a close, what can The Risen People tell us about this distressing chapter of Irish history? Photo: Ros Kavanagh


My review of The Risen People by James Plunkett coming up after the jump ...


Read more »
Posted by Chris McCormack at 8:37 AM No comments: 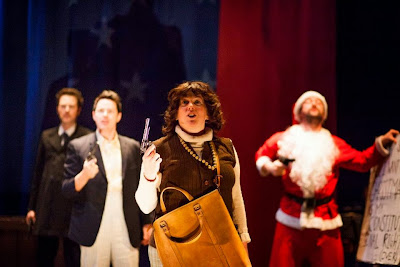 How does Stephen Sondheim's musical make sense of the US Presidential assassination attempts, successful or otherwise, throughout the years?

My review of Assassins, as part of Rough Magic's SEEDS showcase, coming up just as soon as I consider killing Franklin Roosevelt ...

Read more »
Posted by Chris McCormack at 9:23 AM No comments: 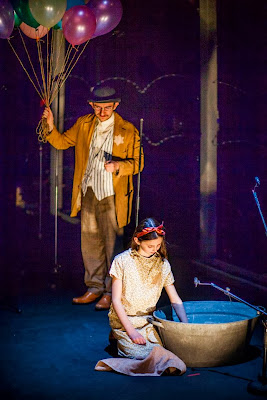 Rough Magic's SEEDS showcase shows us what really happened during the Red Cross inspection at the Nazi concentration camp in Theresienstadt.


My review of Way To Heaven by Juan Mayorga, as part of Rough Magic's SEEDS showcase, coming up just as soon as my walking stick covers up a multitude of sins ...


Read more »
Posted by Chris McCormack at 9:58 AM No comments:

Souvenirs for the Swindled 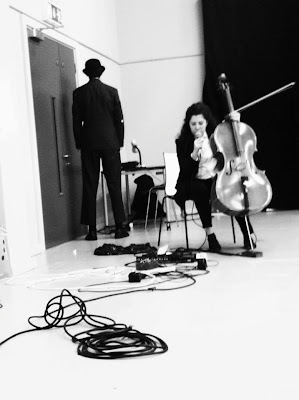 Last Friday night the Beckett impresarios, Mouth on Fire, produced three of the playwright's one-act plays in the Kevin Barry Room of the National Concert Hall. The company were accompanied by musician Kim V Porcelli, whose looped cello arrangements spun a sound so vast that you could get lost in its despairing folds. First up was Matalang - an Irish language adaptation of Catastrophe - in which an autocratic director (Clive Geraghty) mercilessly arranges the presentation of an actor (Shadaan Felfeli) onstage, stripping his clothes and altering the height level of his arms. Felfeli's trembling turn as the unspeaking, unprotesting protagonist does disturb. "There's our catastrophe!", says the director triumphantly.