ABSOLUT Fringe and Project Arts Centre give us Turn Around 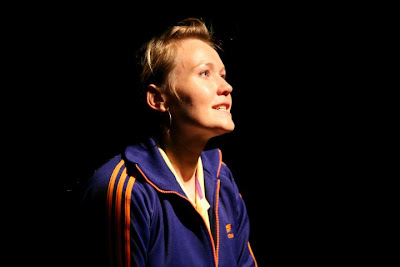 THEATREclub’s sonorous and rompous The Family finished its run this weekend at Project Arts Centre, thus leaving a void in our lives as we await that rare contemporary theatre piece unbound by convention until our Fringe overdose in September.

Thankfully, both the Fringe and Project will be making the wait easier as they announced last week their Turn Around season. In April we will be reunited with five Fringe shows from the past. The release states fringes, so it’s possible we’ll see productions not just from last year but the 2010 and 2009 festivals as well. The Final selected five haven’t been revealed yet but it’s fun to speculate.

So I pose the question: if you could bring back five Fringe productions – whether to relive something you loved or rewrite the past and see what you had previously missed – what would they be?

Read more »
Posted by Chris McCormack at 11:31 PM No comments:

THEATREclub and Project Arts Centre, ‘The Family’: We Begin and End With a Family 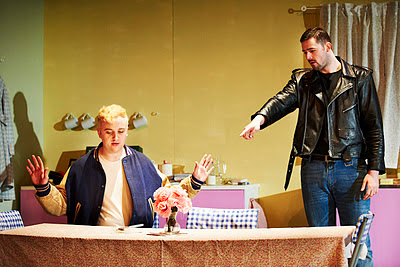 My review of The Family (with spoilers) coming up just as soon as I see Mrs. Green on Sunday for book club …

Read more »
Posted by Chris McCormack at 6:09 AM No comments:

Email ThisBlogThis!Share to TwitterShare to FacebookShare to Pinterest
Labels: THEATREclub 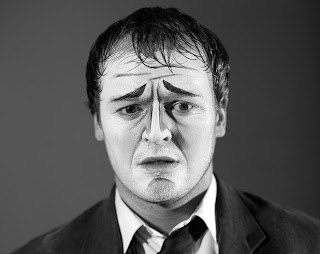 The nominations are in for the Irish Times Theatre Awards 2011 (to be held Feb 26), and the details are here. I think this year’s shortlist is a good reflection of the work produced. Here are some general thoughts:

When you’re right, you’re right
I agree with the judges’ comments about how 2011 was great for design, direction, but not writing. Pat Kinevane and Mark O’Halloran earned their places here. Haven’t seen the others.

… and I was right!
Misterman a heavy contender in the tech categories is not surprising. What I did predict successfully was that Pan Pan’s Aedín Cosgrove would be giving them some competition.

We all need to go north
The Lyric is obviously a force to be reckoned with, with 5 nominations for Conall Morrison’s The Crucible.

The Male of the Species: Commedia Action Man
I can’t comment on Patrick O’Kane but the rest sounds right. Really happy to see Philip Judge get the nod, and while I sorely missed Man of Valour from what I hear Reid was phenomenal.  In the Supporting category I’ve only seen John Olohan but Phelim Drew as violent Saranzo in The Making of ‘Tis Pity She’s a Whore comes to mind.

The Female of the Species: Amy Conroy has arrived
I didn’t see Conroy in the role she’s been nominated for but the disarming I ♥ Alice ♥ I (bound for the Peacock Jan 30) along with consensual praise in press indicate that she’s a hot ticket at the moment. It’s an obvious move to nominate a Tony winner, and while Marie Mullen had her moment (singular), I’d remove her from the list on the basis that Testament just wasn’t good. Insert one of Selina Cartmell’s leads (Camille O’Sullivan and Kate Stanley Brennan), or Pineapple’s Caoilfhionn Dunne instead. As for Supporting Actress, great recognition for Karen Ardiff but Caitriona Ní Mhurchú (who I am a big fan of), along with every other performer in 16 Possible Glimpses, was squandered due to no fault of their own. What about The Making of ‘Tis Pity She’s a Whore’s Cathy Belton, Derbhle Crotty for Corcadorcha’s The Winter’s Tale, or Bairbre Ní Chaoimh for her intimate performance in Laundry instead.

What’s Missing?
Would Neil Watkins and The Year of Magical Wanking have been considered for last year’s nominations or this years’? Either way, why the hell isn’t he here? As for The Blue Boy and Follow, I imagine their best chance of getting in here would probably have been through the tech categories but those are flooded with Misterman nominations.  Drat.

What’s going to win?
You tell me.

Úna McKevitt, ‘565+’: The Woman Who Walked Into Theatre 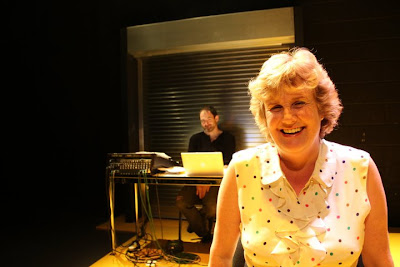