Pan Pan, ‘All That Fall’: Picture Yourself On A Train In A Station 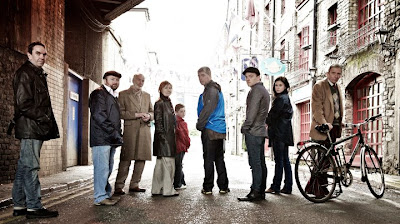 My review of Pan Pan’s All That Fall by Samuel Beckett coming up just as soon as you shed light on my lifelong preoccupation with horses’ buttocks ... 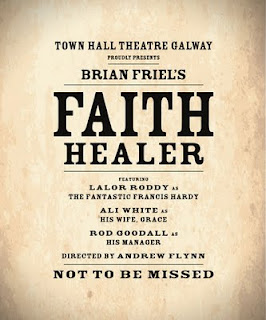 
My review of the Town Hall’s production of Faith Healer by Brian Friel coming up just as soon as I measure my progress by the number of hours I sleep and the amount I drink and the number of cigarettes I smoke ...

Read more »
Posted by Chris McCormack at 1:14 AM 2 comments: 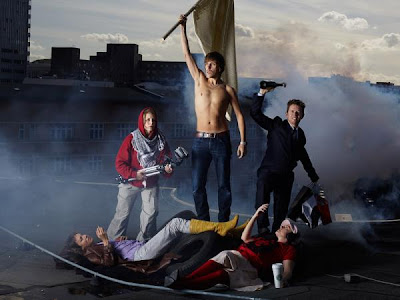 Finally diving into the programme for this year’s Dublin Theatre Festival. Last year, as evidenced by the reviews I wrote, I took a particular interest in the postdramatic segment of the schedule, seeing Ontroerend Goed, Tim Crouch, Pan Pan.  It probably was a gamble on festival director Loughlin Deegan’s part to give weight to such unconventional theatre. Not only were many of these productions deemed popular and critical successes, but the gesture of programming them shows that Deegan would sooner overestimate the ‘performance’ of the Irish audience before underestimating, as members of the public were made sit and chat with neighbours and whisked away into booths with strangers.

What is of most interest to me in this year’s festival, and what you’ll see written about around here, is the strong Irish involvement. In his fifth and final instalment, Deegan is focusing on our home-grown artists. Many past participants of Theatre Forum’s ‘The Next Stage’ development programme, which runs in tangent to the festival, are now featured artists. If this year’s festival is to be remembered for anything it will probably be for opening the golden gates to the next wave of Irish theatre makers.

But for now let’s focus on the present and dive right in. Find below my thoughts on this year’s programme and observe as I – like in my guide to the Fringe – try to narrow these choices down to my six must-gos.

Read more »
Posted by Chris McCormack at 1:47 AM 2 comments: 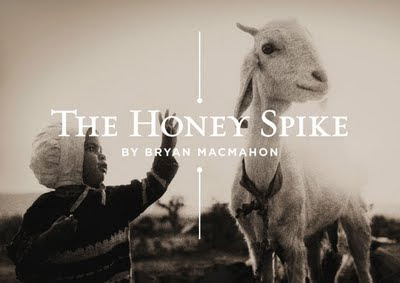 I already wrote about Mephisto’s road to The Honey Spike. My review coming up just as soon as I show you the alphabet ...

Read more »
Posted by Chris McCormack at 2:38 PM No comments: 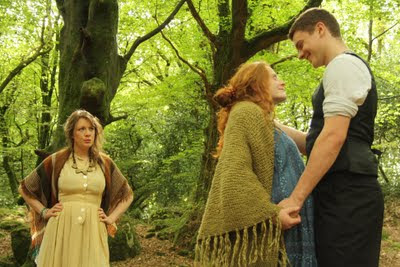 It isn’t surprising that there’s a lot of buzz about the revival of Bryan MacMahon’s The Honey Spike at the Town Hall Theatre Galway this week (Aug 9-13). The play in itself is very popular, its story of a tinker and his pregnant wife’s journey across the country to give birth in ‘the lucky hospital’ has lived unpublished throughout the years, kept alive as a favourite with amateur drama groups across the country. But what is also exciting is the story offstage. After five years of consistent producing, touring and reinventing, taking cues from an eclectic range of voices from David Mamet to Oscar Wilde to Tom Murphy as well as confiding in their own artistic impulses and originality, local theatre-makers Mephisto have come to the main stage of Galway’s Town Hall.


Some may consider this rather significant – that a company of such size and age may take to that stage for five nights (some of you may remember Zelig’s Appointment In Limbo in 2008 or Truman Theatre’s Sunday Morning Coming Down earlier this year also getting this space. However Limbo only ran for three nights and Sunday Morning one). It is also worth considering that, based on my last crunch of the numbers, the Town Hall’s main auditorium is the sixth biggest theatre performance space in the country, trumping both The Gate and The Lyric. This is quite the sign of faith by the venue that Mephisto can provide the goods, and there is considerable evidence that they could do just that.


Because Mephisto has had an extraordinary year, beginning with the success of company member Tara McKevitt, whose radio play Grenades won the P.J. O’Connor award and a Gold Award at the New York Festivals Radio Drama Awards. Colleagues Emma O’Grady and Caroline Lynch then turned Grenades into a very poignant stage drama, toured around the country, selling out runs at the Cuirt literary festival in the Town Hall’s studio space and in Glasgow’s Tron at Mayfesto.

Last week I interviewed Caroline Lynch, who’s directing The Honey Spike, about their latest production, political correctness, the last five years on the go, and what the future may hold.

Read more »
Posted by Chris McCormack at 11:11 AM No comments: 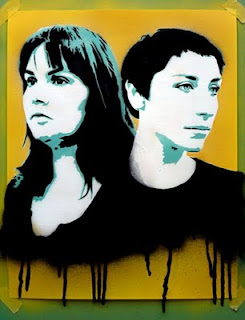 August is seeming quite novel in terms of Irish theatre, as there is a strong bill of bold and adventurous acts on the table.
First: Pan Pan are back! With the Irish Times Theatre Awards Best Production 2010 trophy under their belt and never-ending acclaim for The Rehearsal, Playing the Dane (check out tour dates for October and November), the mavericks have returned for a date with Beckett (a first date, mind you. Considering their postmodern aesthetic I was surprised that Pan Pan had not engaged Beckett before). All That Fall is a radio play about a seventy year old woman and her laborious journey to the Boghill train station to meet her blind husband as a surprise for him on his birthday. The composition has been described as part black comedy, part murder mystery, part cryptic literary riddle, and part quasi-musical score. Furthermore, audiences will experience the play in a “listening chamber” in the upstairs space in the Project Arts Centre (Aug 23-Sept 2) architected by Aedín Cosgrove – who’s previous sets have been masterpieces in themselves. Gavin Quinn is on directing duties and Danes Andrew Bennett and Judith Roddy are among the cast.
Secondly: Una McKevitt is back with a new show. Those familiar with McKevitt’s work know its remarkable authenticity and issued quarrels between life and illusion, onstage and off, as very real people present themselves onstage with very real testimonies. Work such as Victor & Gord and 565+ have rewritten theatrical code in such a manner that the distance between spectator and performer has been joyously reduced. With The Big Deal (pictured above), McKevitt’s practice seems to have taken a whole new step. Described as an “extraordinary real life story of two women who knew from a very young age that they were born into the wrong bodies”, The Big Deal is based on these two friends and their individual journeys towards full transition from male to female bodies. Like McKevitt’s previous work, the subjects have composed the script themselves, supplying material such as journals, poems, songs, and interviews. Unlike her previous work, the individuals themselves will not be delivering the content. Instead, McKevitt has cast two actors to perform in the show. It will be interesting to see if the authentic nature which made her work so moving in the past will be present in the absence of those whose lives are ‘The Big Deal’ on this particular occasion. Catch the play at the Barnstorm theatre (Aug 10-14) as part of the Kilkenny Arts Festival.
Read more »
Posted by Chris McCormack at 10:51 AM 1 comment: