Irish Theatre in 2011: When the Heroes are Gone 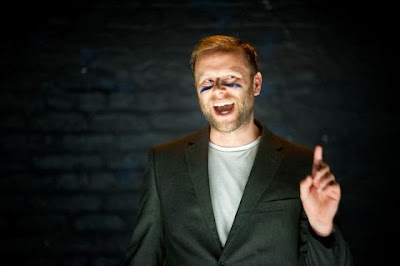 It’s that time when bloggers write their end-of-year contemplations, trying to count down the ‘Best of’ moments of whatever had them gushing into their keyboards for the past twelve months. You might recall that I did a ‘Best of’ list last year. It then became increasingly obvious to me that comparing performances and declaring a winner is a problematic and possibly fruitless exercise. For example, how do you measure something like Laundry against Misterman and decide which is the “best”? Also, some of my favourite shows this year such as Mimic and The Year of Magical Wanking had technically received their debuts before 2011, so would they be “qualified” for such a list?

Instead, I decided to write an impression of the year that was, of what we can say happened and the significance of such. And where is a more appropriate place to begin than Enda?

Read more »
Posted by Chris McCormack at 7:55 AM 2 comments: 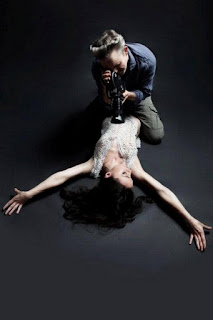 My review of Selina Cartmell’s highly anticipated The Making of ‘Tis Pity She’s a Whore coming up just as soon as I marry you despite your teeth …
Read more »
Posted by Chris McCormack at 4:30 AM No comments: 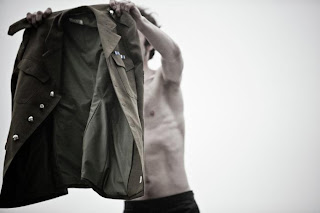 Read more »
Posted by Chris McCormack at 5:57 AM No comments: 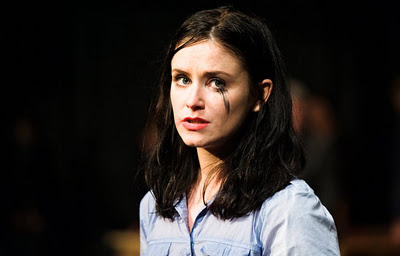 
I had forgotten how jam-packed The Rehearsal, Playing the Dane is before I went to see it for the second time last night in Galway. Despite having already written about the show (twice), I have some further comments below, especially in relation to how this production differs from the debut run last year.

Read more »
Posted by Chris McCormack at 11:20 AM No comments:

I don’t often write about student and amateur productions here, mainly because it requires readjusting my criteria. Participants in such productions may not necessarily want to measure themselves against “professional” performers. We have to consider their reasons for performing, which may possibly be more social or community-based than on the economic necessity of a trained performer who has chosen a livelihood of the stage. This is not to say that there is a differential between either student/amateur and professional in terms of creativity and who is capable of being creative. In fact, creativity can sometimes be better nurtured in non-“professional” environments, which I argued in my review of NUIG Dramsoc’s The Hero Returns.


The production of A Midsummer Night’s Dream currently running in the Samuel Beckett Theatre is undoubtedly the most impressive student production I’ve seen. A component of the Trinity Drama department’s Debut series – in which graduating directors are given an opportunity to produce on a large scale, supported by sizeable budgets, casts and production crews along with academic guidance – Rosanna Mallinson’s Midsummer feels more like a lost Fringe play.


The fading in and out of a jazz-era piano and a vocal nod to Nina Simone by a Sixties-dressed Titania implement the musical genre as an ornament of the production’s design. Furthermore, ‘jazz’ is a very apt description of the approach of this piece to its source. Mallinson has taken the classical “scale” of Shakespeare’s comedy and used it to create an original, mischievous arrangement  of her own which overlooks hardly anything. With the script condensed to an hour, she manages to cater the essentials without glossing over any opportunity for comedic flourish. The cast are well-schooled in humour and charm, and all deserve and take their individual moments to own the spotlight. A radical design trades in fairy wings for military rifles, and a serene forest for a radioactive dystopia. Coincidentally, THEATREclub designer Doireann Coady is listed as production manager, and there is somewhat of a Twenty Ten similarity in how the screwball stage is uncluttered while possibly threatening. This is not to overlook the members of the design team who have all demonstrated a competency in interweaving these different aesthetics cohesively.


This production of A Midsummer Night’s Dream is entertaining and ambitiously designed. It also introduces some names to keep in mind for the future. Well worth the admission charge of 8 euro (3 concession). Let me know what you think.