WillFredd Theatre, 'CARE': For More Than Just a Day 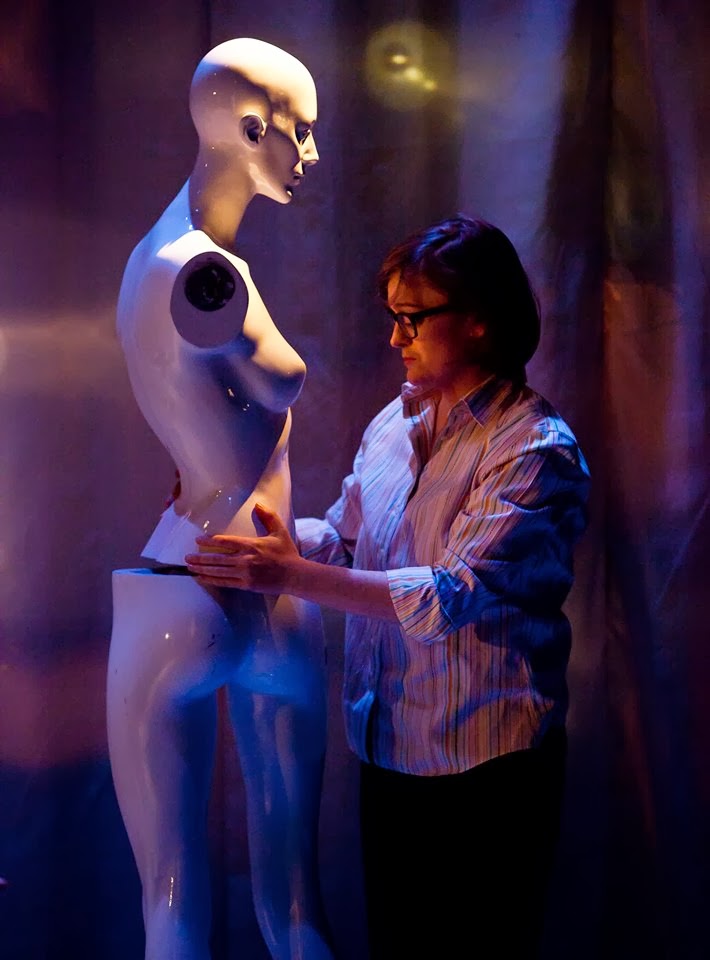 WillFredd's mindful production is a sincere portrayal of palliative care and its mixing of medicine and mirth.

My review of CARE coming up just as soon as the doctor and nurse go have a little chat ...

Read more »
Posted by Chris McCormack at 8:20 AM No comments:

Gate Theatre, 'The Vortex': The Hostess With the Mostess 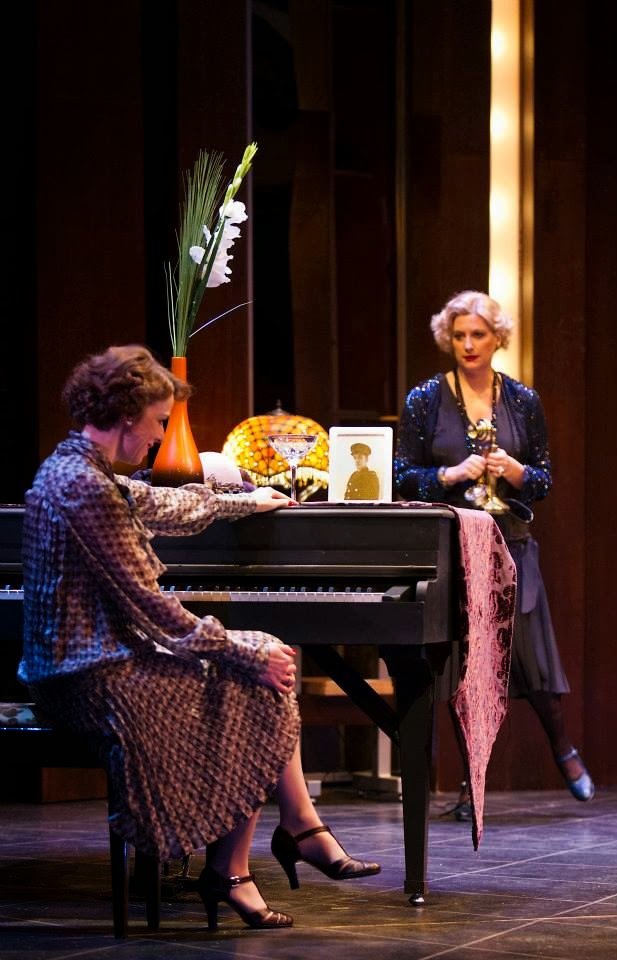 Noël Coward said that his plays should foremost entertain the audience. Can Annabelle Comyn get The Vortex to sing a more provoking note?

My review of The Vortex by Noël Coward coming up just as soon as I labour eternally over the delusion that I somehow matter ...

Read more »
Posted by Chris McCormack at 8:04 AM No comments: 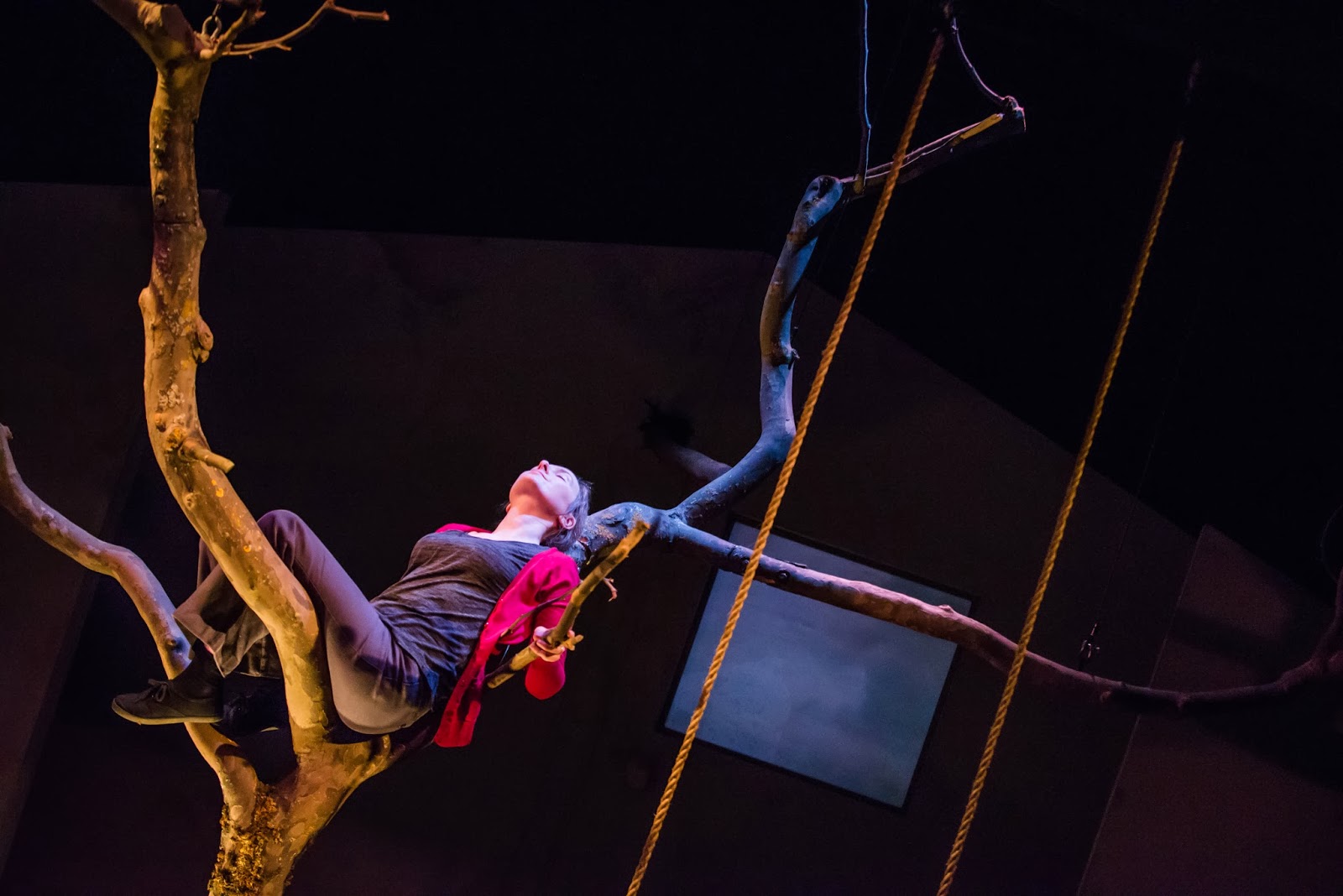 My review of Molly Sweeney by Brian Friel coming up just as soon as I remember the high summer of my 32nd year ...

Read more »
Posted by Chris McCormack at 9:07 AM No comments: 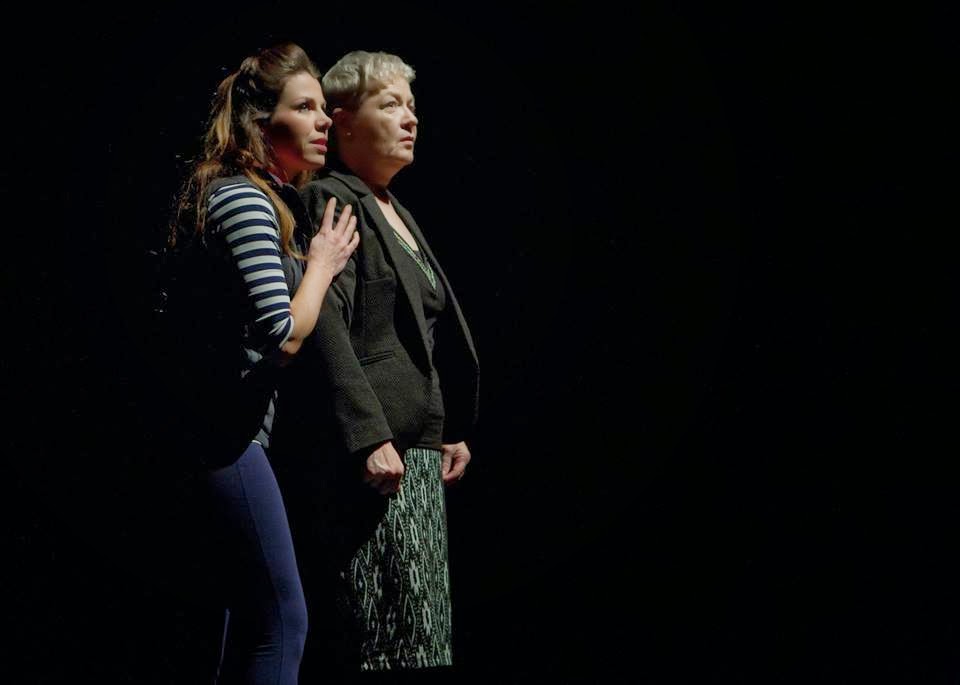 
I've written a lot this week and unfortunately I don't have time to do a full review of Breathless.


When John MacKenna's play about four disappeared women premiered in 2005 by Kildare's Mend and Makedo company, he noted how missing persons cases in the area had brought an immediacy to the play's content.

Now co-presented by Sinead O'Riordan's ORion Productions and Danú - a company founded by Donna Patrice to promote female subjectivity in Irish arts - the play is revived with strong production values. David Butler's architecturally aware set impressively builds on from the existing brick walls of Smock Alley and the performances, from industry veteran Ruth McCabe to newcomer Kate Gilmore, are of a professional standard.

MacKenna's script is more powerful in sentiment than in composition though. It's honourable to restore reputations of humour and dignity to women who violently perished at the hands of men, and furthermore to have the dead debate how they wish to be remembered. It feels inconsequential though; the characters don't transform and there is no link between the discovered details of their disappearance to the resolution of their crisis. Butler's design tries to suggest a precariousness of place but otherwise the play, when not eliciting laughs, can feel static.

Though overall lacking resolve, the passages which describe their disappearances are haunting and dutifully delivered by all involved.

But I'm really curious to hear what everyone else thought of this?

Posted by Chris McCormack at 5:27 PM No comments: 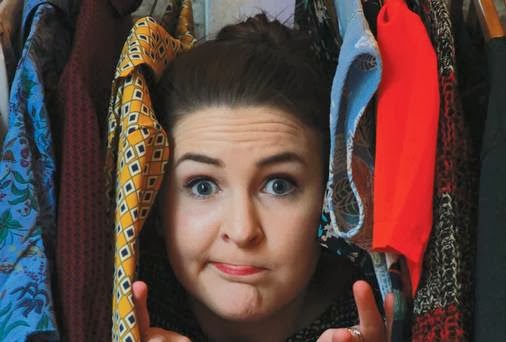 A jaunty solo performance about workers in a fictional Clerys-type department store in Dublin resonates with the 1913 centenary.


My review of Counter Culture by Katie O'Kelly coming up just as soon as I make a dash to Cosmetics for a blast of Flowerbomb ...


Read more »
Posted by Chris McCormack at 2:26 PM No comments: 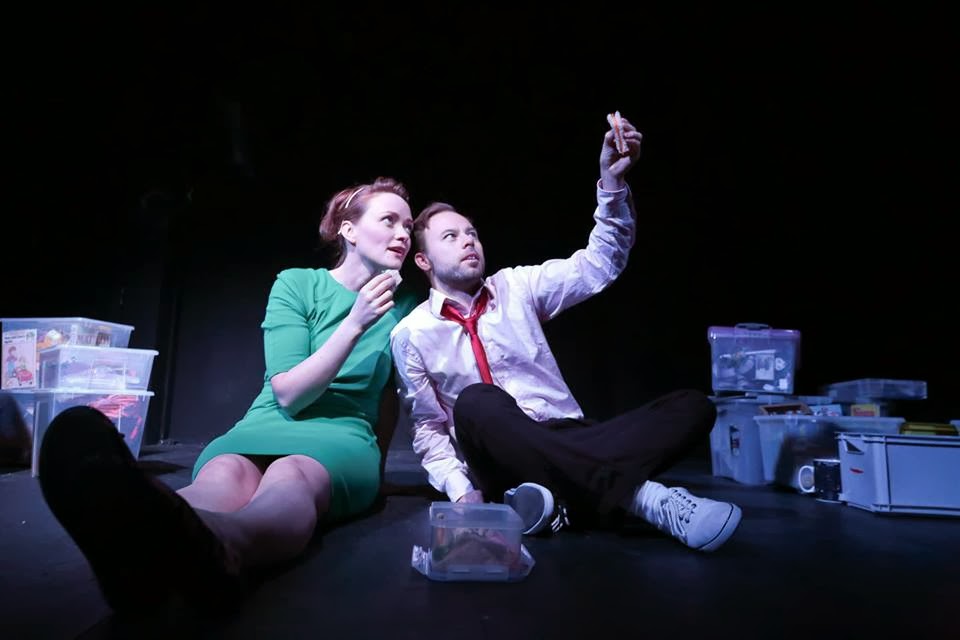 In Kate Heffernan's brilliant comedy two unfulfilled individuals try to take control of their lives as they stand on the threshold of turning 30.


My review of In Dog Years I'm Dead by Kate Heffernan coming up just as soon as I have a flurry of posts delighting in the animated bears from our childhood ...


Read more »
Posted by Chris McCormack at 8:46 AM No comments:

Dragging and Derealising the World Onstage 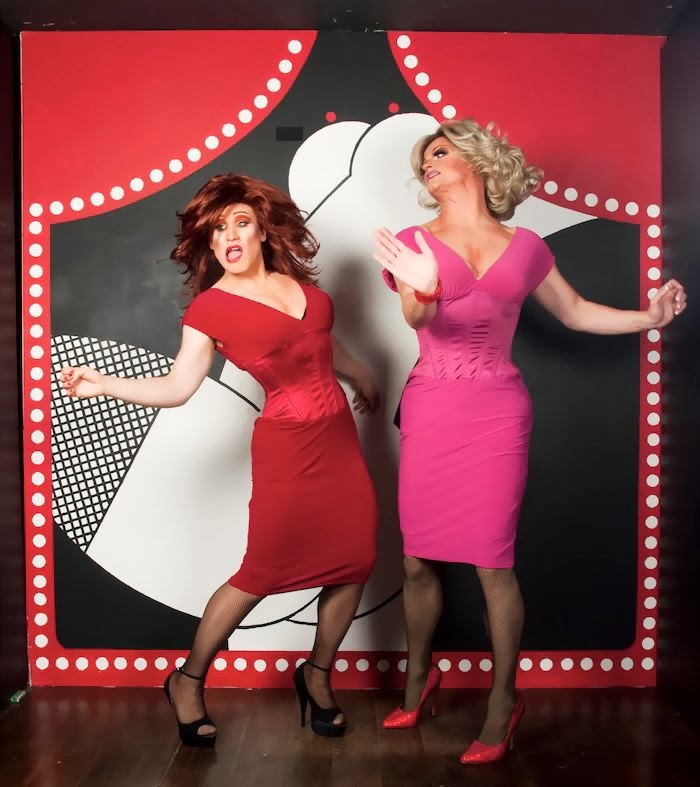 Miss Bunny (left) and Panti Bliss (right) in promotional art for The Panti Show. A nation tunes in to watch a drag queen on television but what exactly is drag?

RTÉ's Saturday Night Show began it's live broadcast on January 11th with presenter Brendan O'Connor introducing the drag queen Panti Bliss. A red curtain rose to reveal a dressing room and the occupant wearing a geisha-like gown, a voluminous blonde wig from Dolly Parton's Heartbreaker days and eyelashes so long they could gouge an eye.

A voice-over introduces the drag device: the lip sync - a faux pas in musical performance (see Ashlee Simpson) but the basis for the corporeal story-telling of the drag queen. "Brendan O'Connor? Goddamn it, I done it again; I thought this was Brendan O'Carroll's show. What the hell am I going to talk to Brendan O'Connor about?"
Read more »
Posted by Chris McCormack at 8:07 AM No comments:

Email ThisBlogThis!Share to TwitterShare to FacebookShare to Pinterest
Labels: Panti 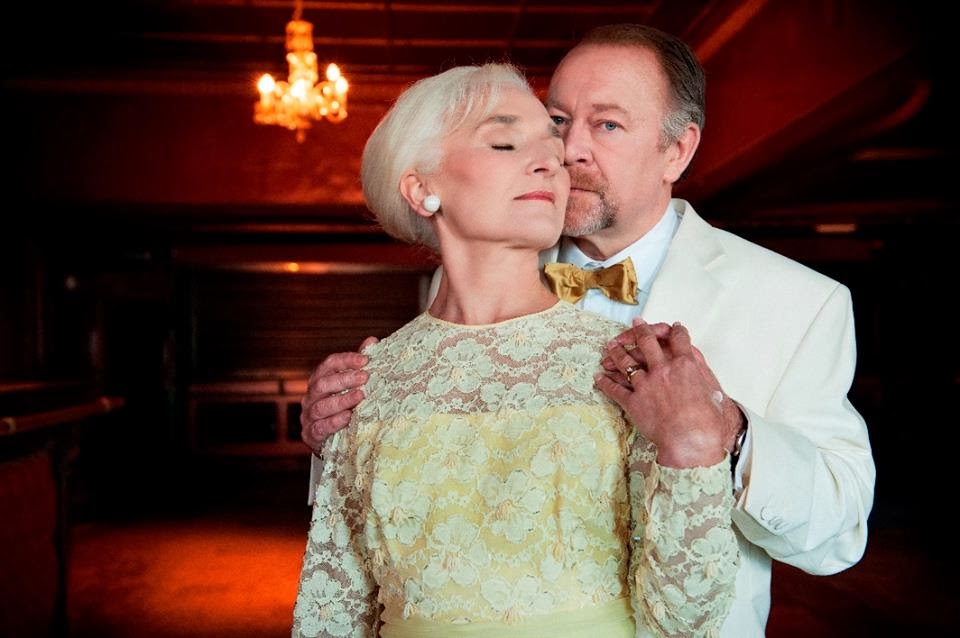 Romeo and Juliet are given the gift of time in Ben Power's reimagining of the Shakespeare classic but will their tragic fates remain the same?


My review of A Tender Thing by Ben Power coming up after the jump ...


Read more »
Posted by Chris McCormack at 6:40 AM No comments: