Just The Lads, 'At Sea': The Ocean of Our Minds 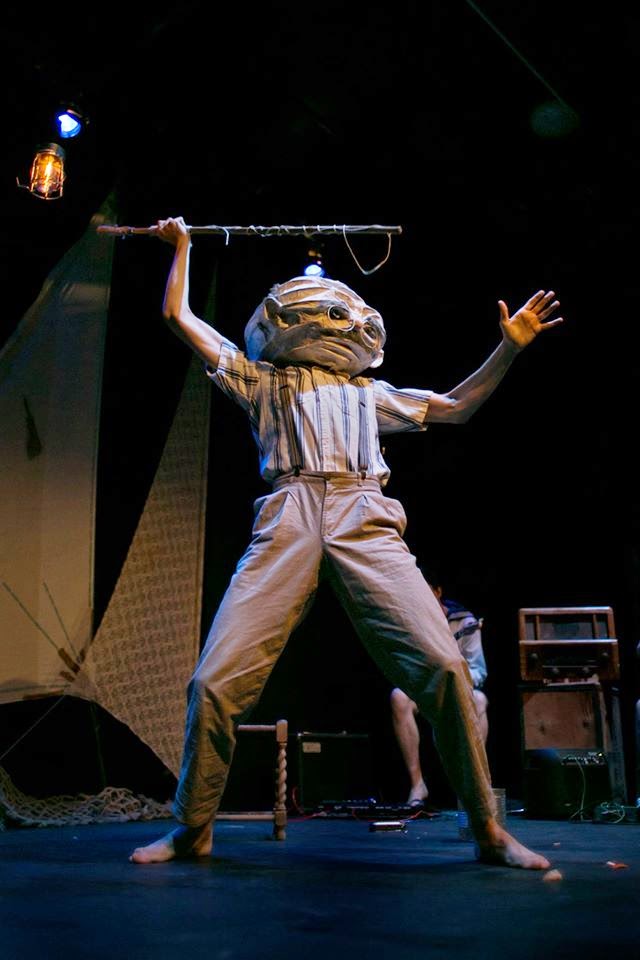 An old man's youthful imagination runs riot as he sinks further into dementia.


My review of At Sea coming up just as soon as my dulcet tones are popular with the ladies ...

With the crank of Anna Clifford's hewn cello notes and Cameron Macauley's buzzing guitar, the opening of the new production by Just The Lads gives way to a figure half hidden, stirring and trembling, revealed to be donning a remarkable papier-mâché mask of an elderly man.

Between the wrinkled crevices and sapphire eyes of Molly O'Cathain's invention, there is a sensibility from directors Liadain Kaminska and Darren Sinnott to remain within their abilities. Rather than a naturalistic take on old age and dementia, they seem primed for the youthful imagination below the surface - literally, in the kinetic body of Peter Corboy behind the mask.

Towing a line from Hemingway's The Old Man and the Sea, the frayed man is in a rivalry with a great fish. When pulled under, he submerges into a world of radio waves and drifting memories. Under taut direction, Corboy's physicality is used to craft stage images that instil a life afloat, with memories drifting further and further away.

Elsewhere, the production is not as cohesive. The lighting is smudged in parts, confusing transitions and dimming vital visuals projected onto a clear sail. You can't help but feel that the event doesn't fully chart the depths of its material either. As with last year's The Last Post, the spiritedness and light humour seems to get in the way of a more potent message. Sung out on the strains of an Elvis song, you feel that the point kind of drifted away.

Posted by Chris McCormack at 4:06 PM