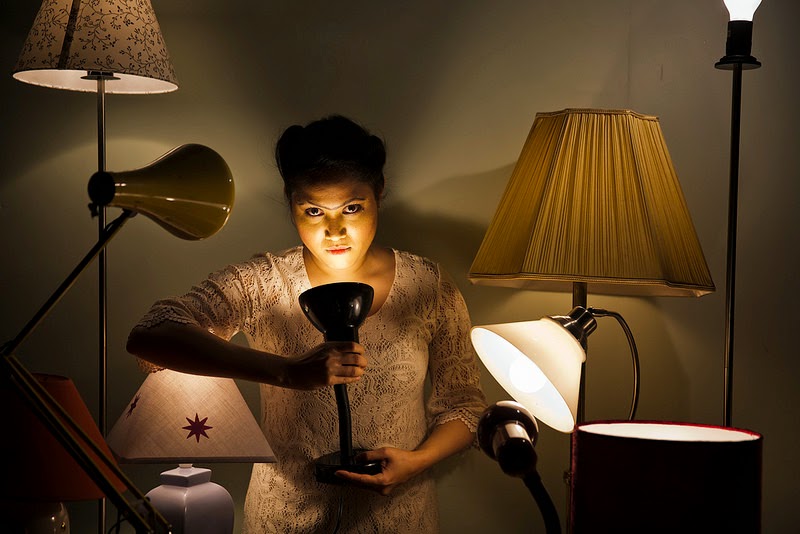 I don't have much to say about Adventures in Failure.

It's unclear what the consequences are of such actions. The problem is in its physicality. Carri has envisioned a wordless romp but the movement is so fuzzy and incoherent that it's hard to derive anything from it. When meaning does reach us, it feels like nothing is at stake.

In terms of design, a guileless guitar track loses its swagger trying to lead us through. The luminosity of Aaron Kelly's set and lighting, however, has a spark to it.

Adventures has the feel of a theatre graduate's production, teeming with theories about form and non-traditional theatre (and before we roll our eyes, let's admit that those of us who studied theatre in college have done the same). I hold out for the day that Carri does bring me on an adventure that is successful in experiencing theatre differently.

What did everybody else think?
Posted by Chris McCormack at 9:01 AM No comments:

Abbey Theatre, 'Me, Mollser': Yous Are All Nicely Shanghai'd Now! 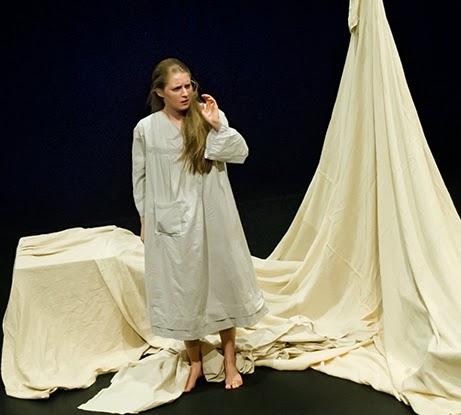 The Abbey primes the canon for young audiences. As Ali White's Me, Mollser expands the universe of The Plough of the Stars, it also makes O'Casey feel politically resonant.

I attended an industry showing of Me, Mollser by Ali White and have a few thoughts below ...

Read more »
Posted by Chris McCormack at 11:32 AM No comments:

Abbey Theatre, 'Sive': Home Is Where the Hearth Is

Sive was first rejected at the Abbey for being "too melodramatic". Director Conall Morrison seems set on restraining such devices but can John B. Keane's play be held down?

I don't have time to do a full review of Sive.

Conall Morrison directs John B.Keane's play about a matchmaking scheme to sell an orphaned schoolgirl to an elderly farmer. The production is mired by a lack of melodrama though (Blythe rejected its first submission to the Abbey for being "too melodramatic"), as if the vision is to allocate more seriousness to events. The psychological fixation on Derbhle Crotty's bitter antagonist, for example, holds back a lot of the comedy and punctuation that should make the play roll. It also ignores the obscenity of Daniel Reardon's villain.

There is an attempt to unscrew something new, as Sabine Dargent's set design twists a cottage into the surly crevices of a mountain, suggesting something mystical. But only when it embraces the melodramatic devices of heightened deliveries does the staging succeed, as seen in the final act with the whistling exchange between Barry Barnes and Simon O'Gorman. And while Morrison's direction takes the edge off, thankfully there is Ian Lloyd Anderson to dutifully bring the play to its solemn close.


But what did everyone else think?
Posted by Chris McCormack at 10:16 AM No comments: Choreographer David Bolger gives gesture to the ballads of Agnes Bernelle in a dazzling tribute.


My review of AGNES by David Bolger coming up just as soon as I give a damn that I can't reach top C ...

McKeague and O'Brien, 'The Rising, and by way of interludes World War I': The Jig's Up 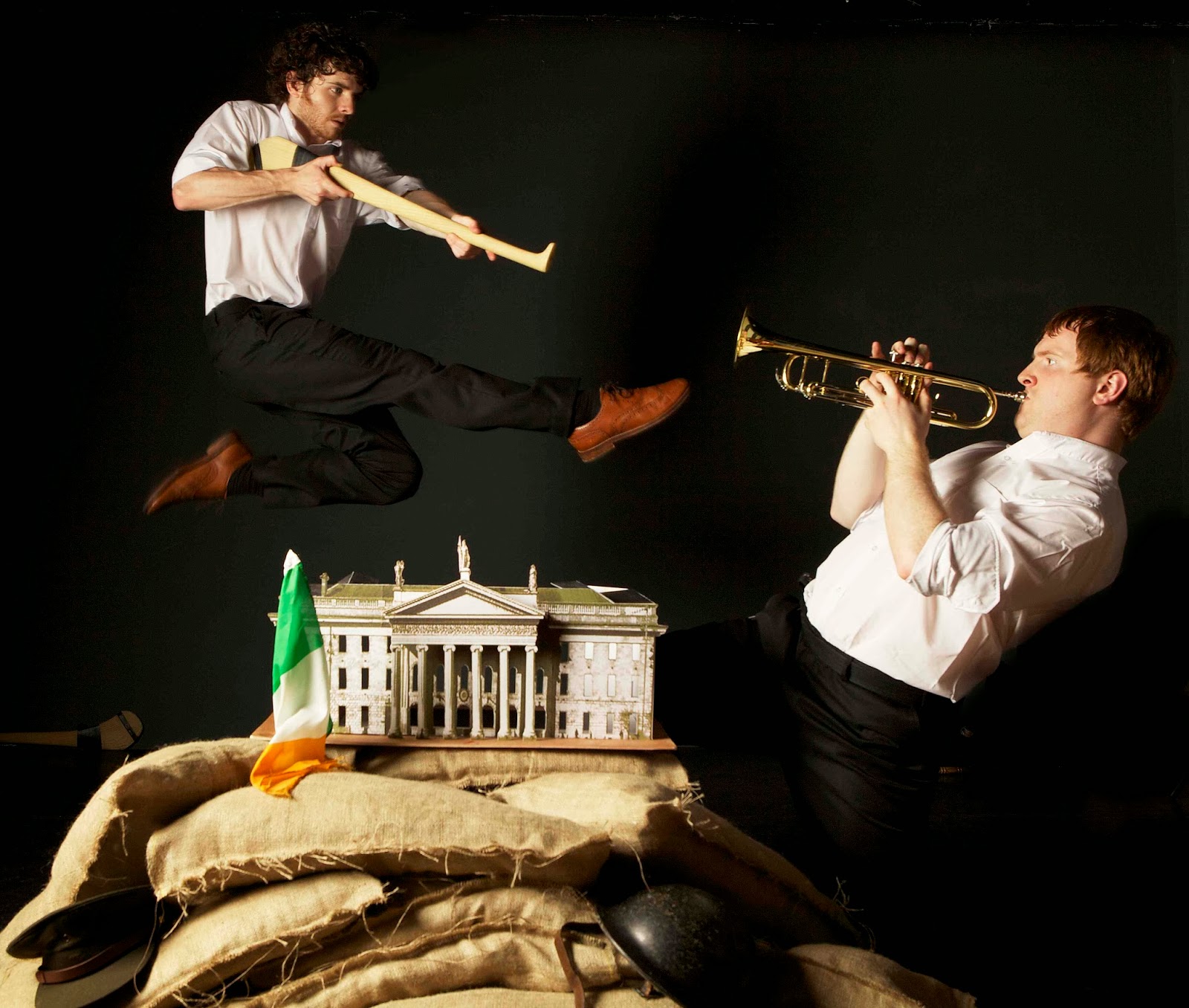 The first play in the lead-up to the 1916 centenary has arrived ...


My review of The Rising, and by way of interludes World War I by Joe O'Byrne coming up after the jump ... 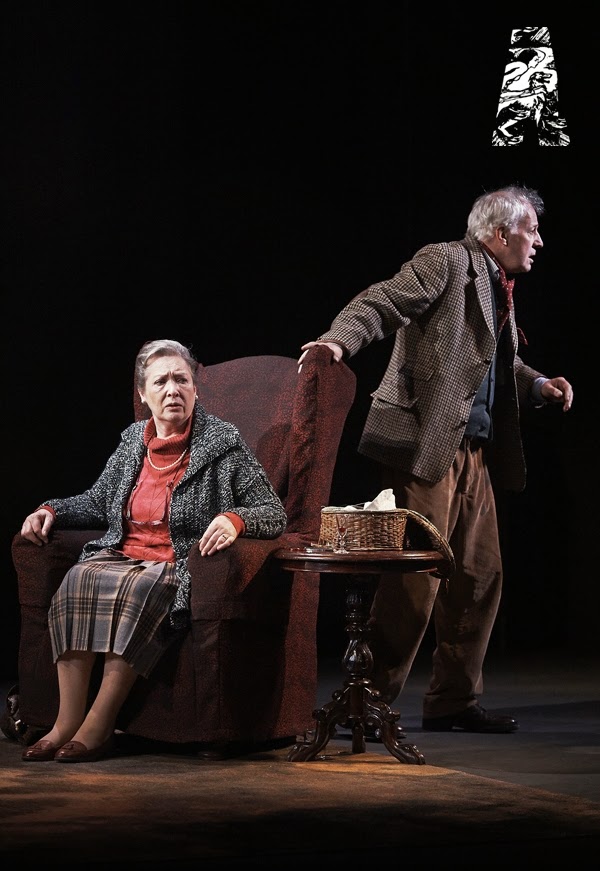 In Michael West's study of affectation can an elderly couple possess the truth that allows their family to move on from a dark past? Photo by Ros Kavanagh.

My review of Conservatory by Michael West coming up just as soon as I am the poet laureate of derelict houses ...

Gúna Nua, 'Faith': We're All On the Edge 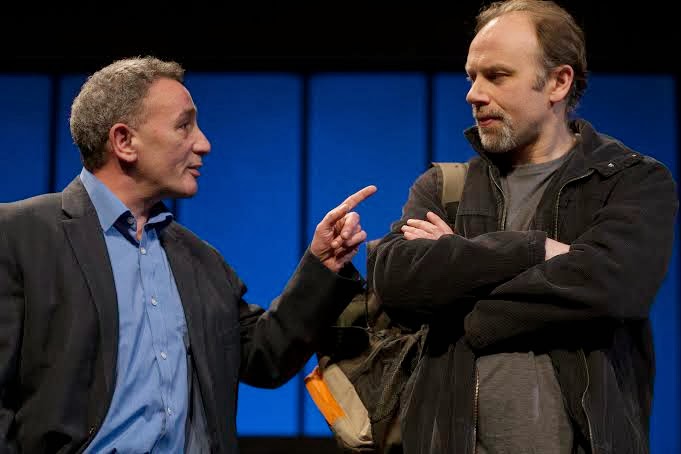 Paul Meade's new play asks where to place our faith after Irish institutions were discredited in the economic bust.

I saw Faith by Paul Meade last week. While watching, it occurred to me how in the past year new plays about Recession Ireland and the demoralising realities of the economic crash have become more frequent. Carmel Winters' Best Man, though more interested in sensationalist plotting, at least brought recent shifts in materiality and sexuality into play, while Colin Murphy's excellent docudrama Guaranteed! showed how the collapse of a tiny bank brought an entire financial system to the brink of destruction.

Other writers saw how economic shifts are systematically linked to shifts in mental health. Stefanie Preissner's Solpadeine is my Boyfriend was already a shinning pillar of this, a verse about the dissolution of a nation through emigration. Elizabeth Moynihan's dimmed Marvel tried to shed some light on the mental decline of the scathed banker figure, while a monologue by Paul Kennedy for Smashing Times' Witness brought us into a marriage strained by a bad investment and the arrival of the bailiffs. Ultimately, David Fennelly's Fishes, currently running at Bewley's Cafe Theatre, feels the most exact in tracing the alienation felt in the country.

Into this category comes Meade's play about a laid off salesman and depressive played by Don Wycherley who's struggling to keep up the social obligations of he and his wife at the golf club.
Read more »
Posted by Chris McCormack at 8:07 AM No comments: 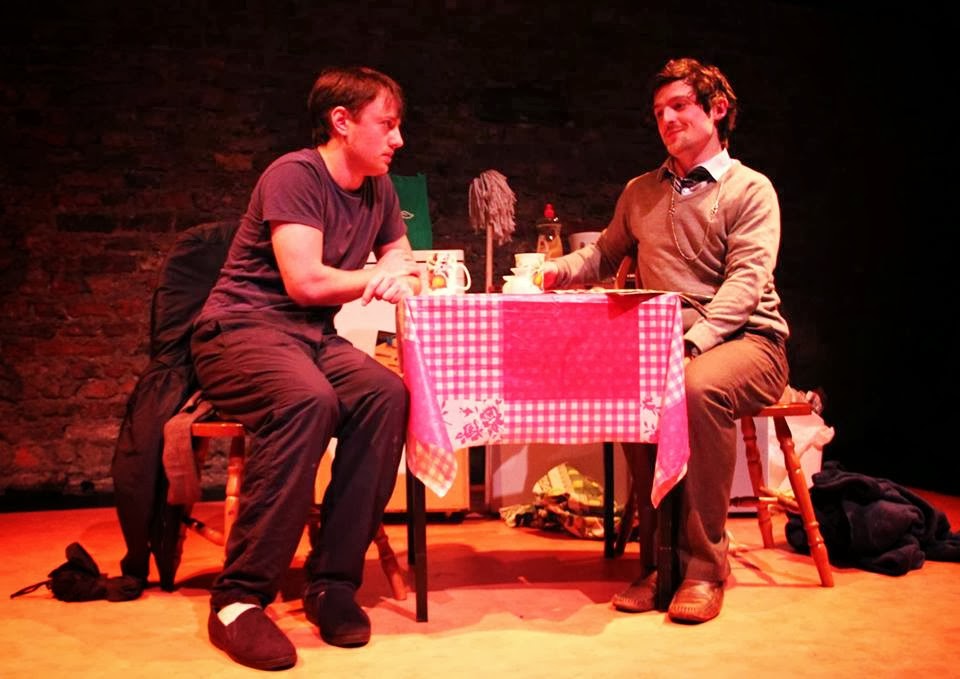 David Fennelly's writing debut might just be one of the more accurate portrayals of Recession Ireland.

My review of Fishes by David Fennelly coming up just as soon as I tie up my GAA jersey into a belly top ...

Read more »
Posted by Chris McCormack at 9:51 AM No comments: 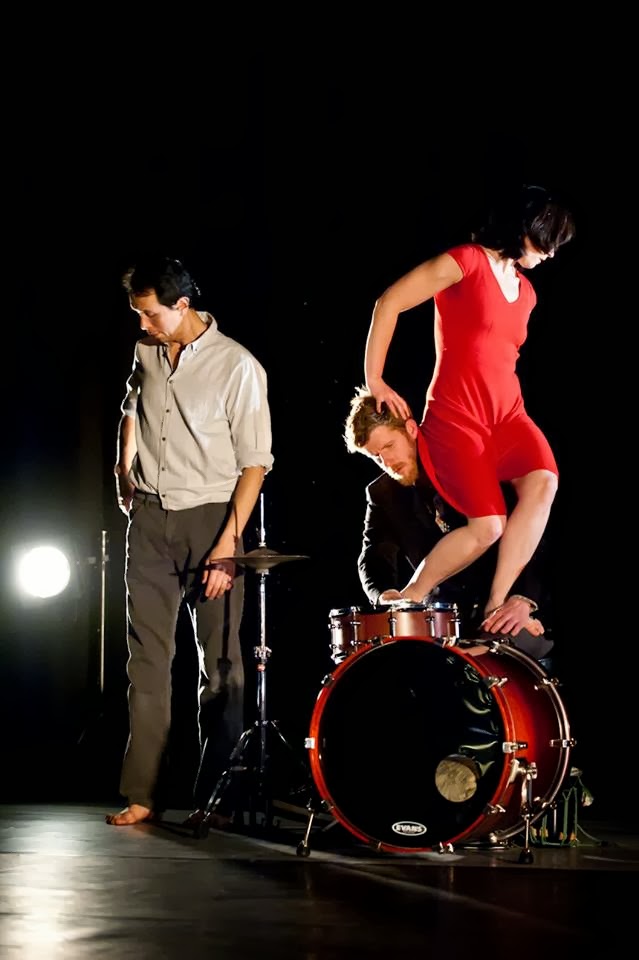 Could Liz Roche's dance about un-belonging also be a dance that doesn't belong to convention?

My review of Interloper by Liz Roche coming up after the jump ...


Read more »
Posted by Chris McCormack at 5:29 AM No comments: