ORion Productions, 'The Motherfucker with the Hat': Your, Whaddyacallit, World View 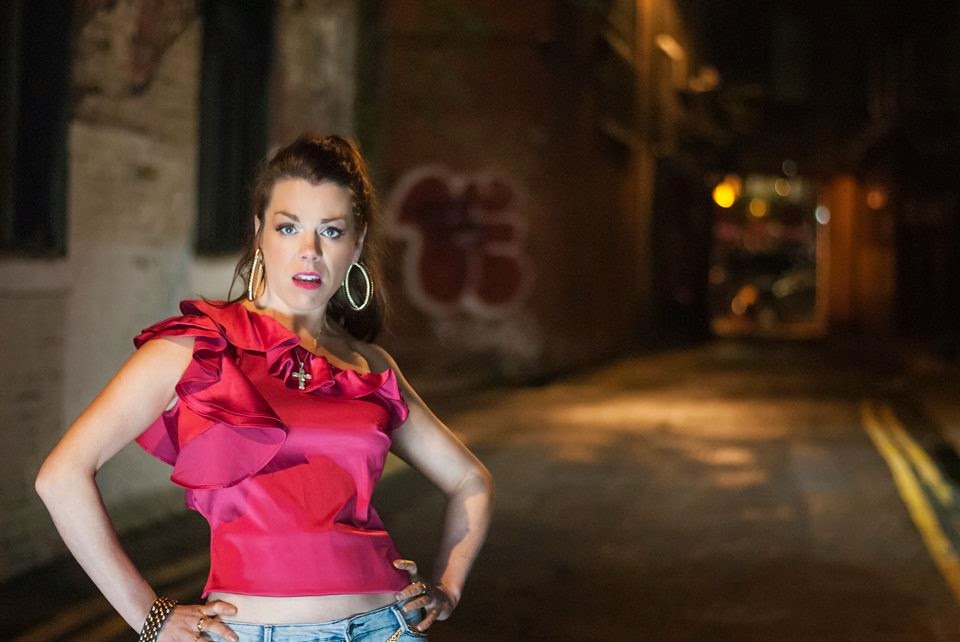 New York is a high octane and revelatory trip in Stephen Adly Guirgis's comedy. What's the point of getting sober? Photo: Táine King.


My review of The Motherfucker with the Hat by Stephen Adly Guirgis coming up just as soon as I give you a small fuzzy bear that grips and shit ...

Inside a gritty residential hotel room in Times Square, Veronica (Sinéad O'Riordan) talks lovingly to her mother on the phone: "You’re still a good-lookin’ woman with a huge, lovin’ heart but you’re dating a fuckin’ big-time loser with a head like a actual fuckin’ fish!" In between lines of coke snorted in Guirgis's brazen Broadway comedy, there are allusions to a deprived working class world suffering from drug addiction. Veronica would like her mother to go to rehab but overlooks her own drug habit. As O'Riordan vibrates onstage, busying around under Aoife Spillane-Hinks's rigorous direction, there seems to be a real desperation for order.

Her boyfriend Jackie (Andrew Lynch), a former drug dealer now sober and on parole, arrives home beaming after getting a job with FedEx. He jumps under the sheets while Veronica leaves to dress into something more scant. However, a peculiar hat sitting across the room leads Jackie to suspect her of having an affair with the motherfucker downstairs. On the verge of relapse, he visits his A.A. sponsor Ralph (Peter Gaynor) who advises that she is no good for him. It is Ralph's embittered wife Victoria (Laoisa Sexton) who talks the most sense though, as the highs and lows of life, drug induced or not, are pinned against a rehabilitation system in collapse.

Complexity is commonplace in this ORion production. Guirgis's raucous comedy does not content itself solely with humour; it seems highly suspicious of structures in place in working-class society. Lisa Krugel's degrading hotel room set transforms into a more upscale residence, with Eoin Winning's lighting exchanging a neon sign for the silhouette of a white picket fence. Lynch's fast-talking 'New Yoiker' rages with fury and his performance is truly impassioned. Most malleable is Gaynor, whose A.A.-preaching Ralph is as slippery as his world view, transforming in every scene. Sexton is almost tragic in her woozy account of an interdependent woman falling into an anaesthetised marriage, while remaining ridiculously comedic. Rex Ryan is not as well-ranged playing Jackie's wise cousin Julio; his turn feels more demonstrative than representative. Meanwhile, O'Riordan is magnetic and central in this steely production.

It's a testament to Aoife Spillane-Hinks to sustain this high octane and revelatory trip, its various verbal showdowns gloriously tuned. The event conveys lives spinning out of control, of swindling happiness through use of rhetoric. A suggestion of recovery might be found through simple decency. Of not being a motherfucker.

Posted by Chris McCormack at 8:48 AM