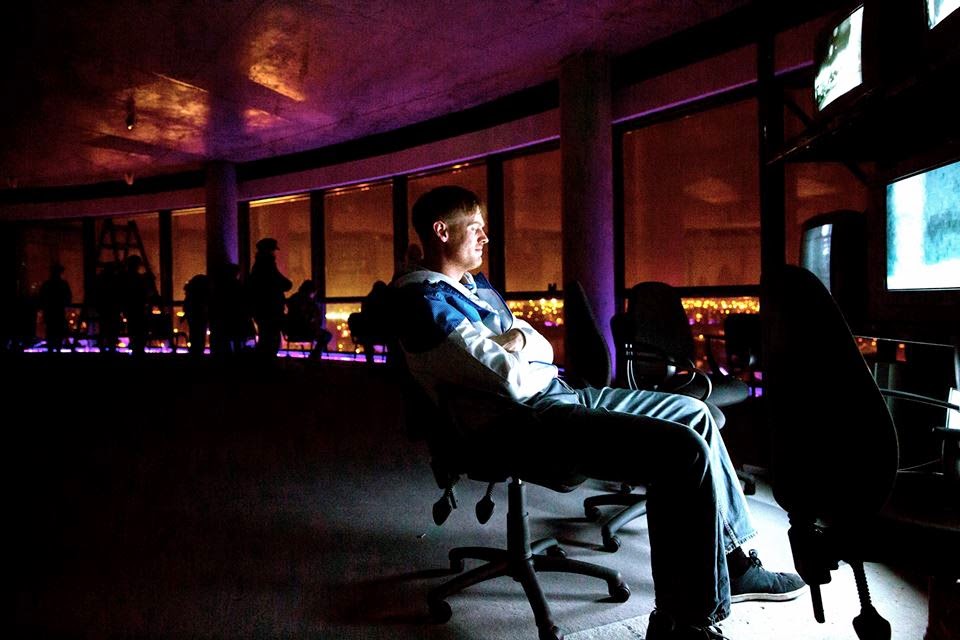 As the City of Culture year approaches its end, ANU and The Performance Corporation start a conversation about Limerick. Photo: Patrick Redmond

My review of Beautiful Dreamers coming up just as soon as my uncle was a pork butcher ...

Audience members gathered at 69 O'Connell St are perplexed when a cleaner tells them that there's no show on tonight. With stokes of her mop, the naturalistic actor Bairbre Ní hAodha once again blurs the line between reality and performance, mistaken for not acting at all. A radio crackles in the corner and we can hear a caller on a Joe Duffy-type talk show speaking about a "poverty of aspirations", concerns for a city mired by drug use and lack of ambition. Often, Limerick is placed under suspicion.

Shuffled back onto the street, a young man (Shane Whisker) approaches and asks us for money. He retorts when a punter mentions the elusive play Beautiful Dreamers: "Do you want to see something beautiful?"

We follow as he skips through the streets, leading us to a commercial tower building by the river. Taking the elevator to the tenth floor, we step inside a vacant office space serving as the nerve centre of Louise Lowe's perceptive production. Monitors rigged by designer Owen Boss flicker and show individuals under surveillance in their homes and on the streets, while glass walls provide a panoramic view and an ambitious prospect: the entire city as mise en scène.

Ambient sound design by Carl Kennedy, mixing voices with soft music, invites us to sit by the window and inspect the scenery. Glittery lights flow in lanes of traffic and we suspect if individuals on the ground are part of the performance. A woman brushes her hair in a lavender-lit hotel room across the street, while below there is a man in a high-vis jacket patrolling an empty lot. A mysterious house in the distance glowing in purple light with a figure visible outside may very well be a prop (in the broadest meaning of 'stage property'). Indeed, the scale of ANU and The Performance Corporation's co-production seems limitless.

It's with spectacular direction by Lowe, and meticulous stage management by Caoimhe Regan, that these bodies across the city scene begin to move in time and sequence, creating pictures of surprise encounters. Eventually they join us in the tower and deliver stories collected from real locals, adapted in Tom Swift's multifaceted script. "I've been through hell" says the entrepreneur embodied by a hurt John Cronin, his business beat to submission during the recession. Tears stream down the cheek of Erica Murray as she channels a garda from Moyross in mixed admiration for the people who live there and sadness for the violence that's occurred. Despite being on the edge of calamity, these are people willing to take chances on careers and on people. An individual represented by the daring Dee Burke tells us of her aspirations to work with drug addicts, and a woman's attempts at love are told with soft beauty by Clare Barrett.

But the young man who led us here, caught between delight and despair in Whisker's incredible turn, is unlike the others: he doesn't seem to have anybody. "How you look at yourself is important" he says while looking out on the city, embodying the spirit of the event. The imposition of technology and surveillance may suggest a Limerick constantly under suspicion but the view from this far-sighted performance lets us look further. A city is built by dreamers.

Posted by Chris McCormack at 10:00 AM