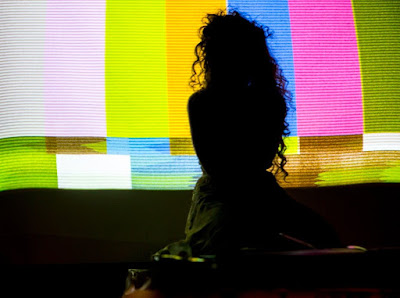 In her enjoyable solo play, Irene Kelleher is pleasantly over the top as a bride whose breakdown has gone viral.

Footage of David Lean’s 1947 film Great Expectations flashes at the beginning of Gone Full Havisham, the touring play by Patrick Talbot Productions. Martita Hunt is there as Miss Havisham, the woman who suffered a nervous breakdown after being stood up at the wedding altar.

It’s surprising to remember that Hunt is mostly together in the role, upper class-voiced and imposing, as if playing a countess. The main sign of Miss Havisham’s anxiety is really the shabby wedding dress she still wears.

Adaptors mightn’t have always paid service to Miss Havisham’s trauma, or her age for that matter - she’s in her thirties in Dickens’s novel, though often played by actors in their late-forties. It’s questionable if Irene Kelleher’s enjoyable solo play is an adaptation but it certainly feels more faithful. The protagonist Emily is a present-day bride jilted on her wedding day. Hidden away in a penthouse suite, she live-videos her breakdown with the hash tag #GoneFullHavisham.

In a stained wedding dress and tear-streaked make-up, Emily recalls tragic events that shaped her life, in scenes that are part confessional, part influencer tutorial. She showcases a lipstick with heavy circles around her mouth, while grieving the death of her mother, the only parent counselling her to express her emotion. Emily’s father believes that to be driven is to repress your feelings. At one point he gifts her a copy of Great Expectations. “That’s what I have for you,” he says.

Kelleher is so pleasantly over-the-top as Emily, there’s nowhere else right now where you’ll see a performance so unhinged. She drools toothpaste, snorts like a pig, and brushes her hair so aggressively, you expect clumps to fly off. The dialogue is impossible without exaggeration. (“Your collarbone is so sexy,” says Jack, her deceitful betrothed). It certainly stops any boredom from settling in director Regina Crowley’s production.

There are smart modern touches to Cormac O’Connor's video design, which perks up with emojis each time Emily opens her laptop. But the play really is enjoyably ridiculous old-school psychological horror, in a similar key to Whatever Happened to Baby Jane? Not everyone can trace a line from Dickens to mid century Hollywood, but Kelleher’s performance has some of the same barely-repressed deranged energy as Gloria Swanson in Sunset Boulevard.

Along the way, Emily gets battered left and right by expectations that are too great. She’s put on a diet to fit into a torturous dress. Jack manages to manipulate her into being obedient and child-like. Disaster looms as the wedding day approaches.

Yes, it’s camp but there’s darkness too, as she creeps down that aisle towards catastrophe.

Posted by Chris McCormack at 12:10 PM