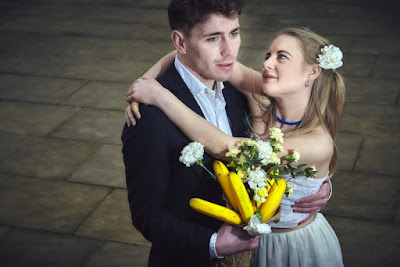 Xnthony's new production is his most rigorous yet. Photo: LUXXXER.

Is there a male equivalent to ‘Bridezilla’? It would well capture Xnthony (a.k.a. Anthony Keigher) in his rigorous new production. Greeting us at the door as a beaming groom, we soon learn he’s baked the cake, prepared a song for his speech, and planned a homage to Donal Shekhan. Don’t tell the bride.

During such stunts, the electric Tiffany Murphy will up the ante, even grinding melisma into his thoughtfully prepared rap. It’s clearer than before that Xnthony is a scathing ridiculer, showing the ugly side of celebrity culture. Through grotesque routines, Tiffany is pushed to the brink before finally railing against what she was promised. This cabaret act has some teeth.

Posted by Chris McCormack at 10:23 AM