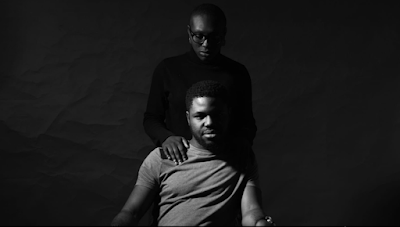 Boy Child, Felispeak's swooning spoken word drama about a man's coming of age in Nigeria, is one play that has felt like a drop in the ocean in recent years.

Last year during a talk at New York’s Public Theatre, the director Oskar Eustis alluded to a Broadway play he took issue with. “It posits that in a small Southern town in the ’50s or early ’60s that the top lawyer in town, the top judge in town and the white sheriff in town are all unbelievably enlightened and progressive on the subject of race relations,” he said.

Eustis was obviously speaking of To Kill a Mockingbird, Aaron Sorkin’s acclaimed adaptation of Harper Lee’s novel about a black man wrongly trialled for raping a young white woman. The adaptation turns the story into a neatly honed survey of white saviours and racists, the educated legal professionals and the “white trash” mob. Sorkin’s portrait of the lawyer Atticus Finch is so unquestioned and lettered, it fully ignores Lee’s complex fleshing out of the character in her antecedent novel Go Set a Watchman, which uncovers the extent of his racism.

In her tremendous theatre review for the culture website The Undefeated, Soraya Nadia McDonald sees Sorkin’s Mockingbird stuck in the comforting lie that racism can be blamed on a select group of cartoonishly evil characters. These “TROT” characters (Those Racists Over There) are used to set up other white characters to be noble rescuers, your racist Bob Ewell to be defeated by your Atticus Finch. It does good at the box office but it creates the illusion that racism can be blamed solely on impoverished white people, when - as Lee alluded - it is insidiously everywhere.

There’s a chance that if the pandemic weren’t happening, we might have just had TROTs on the Dublin stage. The Gate Theatre had put a revival of The Little Foxes into production, Lillian Hellman’s drama about a white family of cotton plantation owners in early-century Alabama. Hellman was a communist, and the play is an unsettling anatomy of capitalism, lamenting how one white family takes over a town from the local black community.

Towards the end, the family’s youngest member Alexandra realises she’s been manipulated as part of a business deal to construct a new cotton mill. She confronts her mother about the TROTs’ stranglehold on the town’s black population. “There are people who ate the world and other people who stood around and watched them do it. I’m not going to stand around and watch you do it,” she says. Alexandra’s decision to fight against her family could be a fist-bumping gesture of white allyship, but, in a production where the only actors of colour were cast to play a maid and a porter, it could just come across as another raised glass to a white saviour.

What does an Irish play that’s not all about white people look like? There seems to be industry-wide anxiety to broach the topic. The mid 2000s saw something of a stretch of prolific plays about characters of colour, a period that gave us the orientalist bombast of Conall Morrison’s Iraq War play The Bacchus of Baghdad, and the confused entangling of a Nigerian asylum seeker in Dublin gang violence in Bisi Bisi Adigun and Roddy Doyle’s version of The Playboy of the Western World. Maybe after seeing these, producers saw good reason to stay away.

Now that reluctance, combined with the unfortunate falling away of companies like Camino De Orula Productions, Arambe Productions and Calypso Productions, has led to a steep drop-off in stories about people of colour on Irish stages. Plays like Felispeak’s swooning spoken word drama Boy Child and Maïa Nunes performance art piece Incantation come around like once-off events, a few drops in the ocean, but they’re afresh with new ideas. The likes of Choy-Ping Clarke-Ng’s arch docudrama Where are You From? and Sahar Ali’s comedy Saharcasm are edgy satires that wittily undercut Irish racists' probings into their lives.

It’s interesting that while long-established companies stayed away from stories by people of colour, they have come to embrace colourblind casting. The triumphant return of Ruth Negga - the first actor to ascend by playing colourblind roles in Ireland - to play Hamlet at the Gate Theatre symbolises how praised the practice has become. Last year, nearly all the top funded theatre companies cast actors of colour, mostly in colourblind roles.

This may be a way to include actors of colour but there’s something unresolved about how it also un-sees an actor’s race. It could be a form of absence - a silence even, which, in the days of the Black Lives Matter protests since George Floyd’s death, can seem deeply corrosive. If colourblind casting is the extent of how a theatre industry looks at race, could it be a blindfold stopping artists from looking at the real thing?

There are advances towards infrastructural change in other fields. Last year broadcasters Ola Majekodunmi and Zainab Boladale established Beyond Representation, a platform celebrating women of colour in Irish media, art and business. The music promoter Emily Shaw uses her organisation Oíche Events to amplify black artists making soul, jazz, reggae and electro-pop. Theatre might yet benefit from a similar outfit.

We take the power of representation for granted. In This Land, Zithelo Bobby Mthombeni's touching documentary about immigration in Ireland, there’s a scene when Felispeaks recalls an uplifted black person approaching her after a performance of Boy Child. “Now I understand why white people go to theatre. It is so interesting seeing myself being represented on stage,” he said.

What a privilege this theatre-seeing thing is.

Posted by Chris McCormack at 11:29 AM