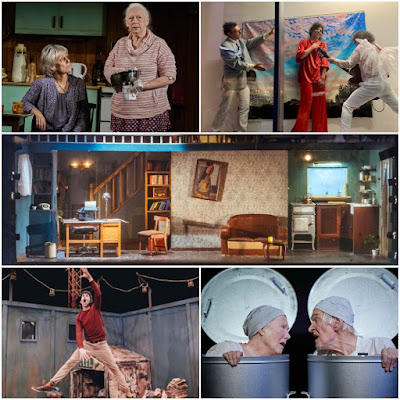 This year, the myth of new plays being box office poison was finally put to rest. Three in-house debuts appeared on the Abbey stage. Druid made a departure with its year of new writing. What stood out was the Gate, with its sepulchral version of A Christmas Carol, its side-by-side showing of The Children and Beginning, and the triptych of plays it co-produced during Dublin Theatre Festival: Beckett’s Room, Faultline and The Beacon. The Gate has 24 mentions on this year’s list.

Following the Gate, Druid has six citations. But so does Emily Aoibheann, creator of the stunning avant-garde masterpiece Sorry Gold.

BEST DIRECTOR
We had meticulous directors like Oonagh Murphy, Bush Moukarzel and Ben Kidd continuing to do great work. Gavin Quinn’s production of Endgame was his best work in a few years. But there was also revelatory direction by new names. Kristina Yee and Liadain Kaminska gave the surreal comedy Pretty Feelings a flawless production. Al Dalton directed his debut Tall Tail with tremendous heart. The period play, with its motionless wallpapered walls, looked dead until Drama at Inish came along. There was more movement of ideas in the vibrantly symbolic world of Sorry Gold, and the trompe l’oeil sea view in The Beacon. Davy Dummigan provided a feast of visuals in Tall Tail. Andrew Clancy rigged the apartment in Beckett’s Room with miraculous stage effects. 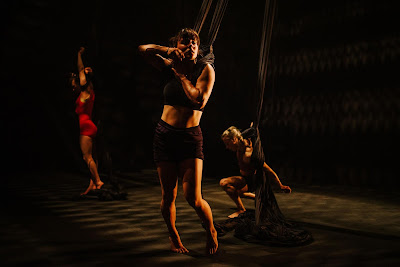 We might remember the flashier lighting more than subtle illuminations. Sebastian Pizarro Olivera transformed a sphere sculpture into a psychedelic pearl in Mother of Pearl. Gav Xmas and Ciaran O’Melia artfully sank everyday scenes into otherworldly realms. But there was nice restraint by Sinéad McKenna, who beautifully brought The Children from high noon to blue dusk. 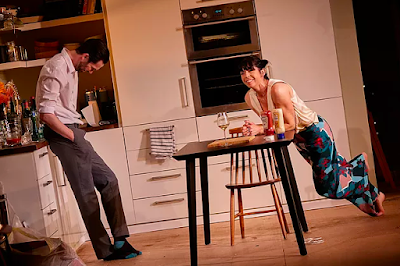 Fetching costumes caught the eye, such as Doreen McKenna’s elegant garbs for party guests in Epiphany. Katie Davenport archly dressed the crusading priesthood in The Magic Flute as a flamboyant Victorian gentlemen’s club. Sarah Bacon loosened the dressy couple in Beginning and released them into somewhere more intimate, and her exquisitely subtle design for Hecuba blended Greek wartime with the present. 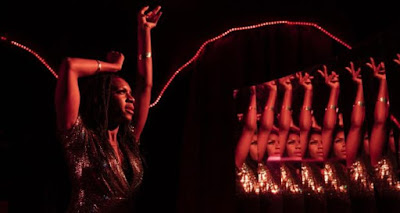 There was a lot of theatre music to swoon over this year. Sinéad Diskin and Carl Kennedy's sound for Faultline bopped along to house inflections, Conor Clancy and Rebecca Ruane poured soul and depth into Tall Tail, and Carl Kennedy brought sad beauty to Hecuba. The extraordinary sound team behind Sorry Gold took us on a surreal journey down into a Stygian underworld. 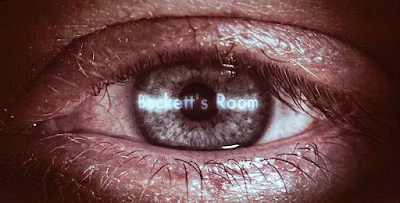 José Miguel Jiménez’s cinematic work on Beckett’s Room was really an event, with its playful surtitles and haunting images of Paris being decimated by the Nazi Occupation. John Galvin’s abstract visuals in Hecuba were similarly poignant, resembling a satellite view of a warzone. Gareth Gowran’s animations for The Examination paved a disarming path into the Irish Prison Service. 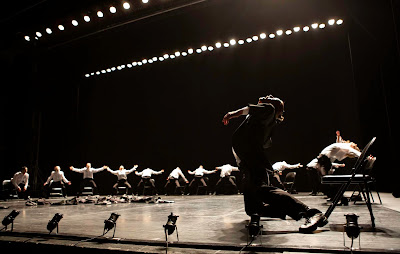 Movement directors helped deliver the comedy this year. Eddie Kay brought sharp clarity to the slapstick in Drama at Inish. The visual gags in Epiphany were polished by David Bolger. There was also stirring choreography. Ian Robinson and Matan David recreated Ohad Naharin’s exhilarating dance Minus 16, and Sorry Gold was a profound aerial dance epic. 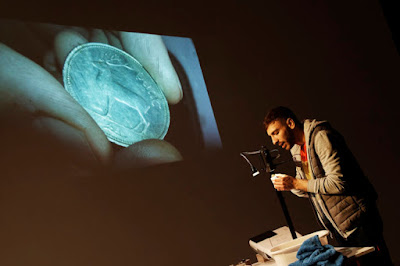 Suzanne Dechevaux-Dumesnil and Samuel Beckett’s touching tale of survival was told in Beckett’s Room. Two plays for young audiences - Tall Tail, a Pixar-bright adventure about a dog caught in the homelessness crisis, and Peat, a superb tragicomedy about two boys discovering the world they've inherited - were affecting and consoling depictions of resilience in times of struggle. 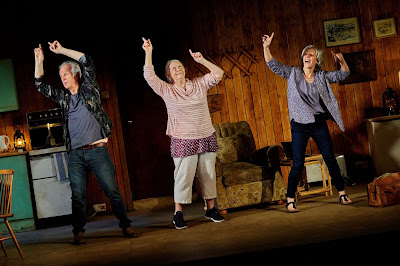 The sublime cast of The Children will undoubtedly lead the field. Jane Brennan gave her best performance in over a decade in The Beacon. Brian Doherty made a war-raging king into something surprisingly complex in Hecuba. There were also a welcome number of knockout performances from fresher faces. Isadora Epstein channelled Liza Minnelli in the ebullient comedy Pretty Feelings, and Matthew Malone was heartfelt as a gay rights activist in Faultline. 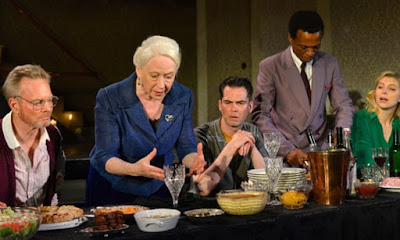 The category for productions where the task of singling out a lone performance is impossible. There was great teamwork onstage in Epiphany, and backstage in Beckett’s Room, with its meticulous team of puppeteers crafting stunning stage effects. Similarly adept were the duo of Eileen Walsh and Marty Rea in Beginning. The dancers in Bold Moves and Sorry Gold moved in affecting synchronicity. 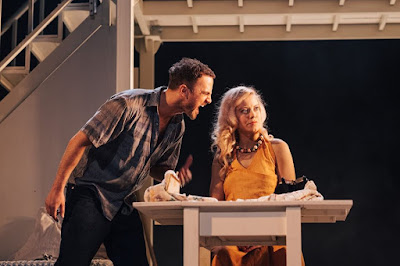 Meghan Tyler was devastating as a wife under the thrall of her toxic husband in A Streetcar Named Desire. Marc Atkinson gave Beginning an absorbing production. Not a strong year for Irish National Opera, but not for lack of trying by its leading performers. Anna Devin had a knowing wink in The Magic Flute, and Naomi Louisa O’Connell worked harder than most in Least Like the Other. 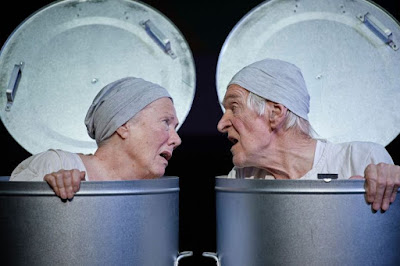 How nice to welcome back Ger Ryan, who was excellent as a begrudging yet dedicated scientist in The Children. Ursula Rani Sarma returned with a taut musical book for Evening Train. Otherwise, the required absence for comeback is a little shorter this year. Des Keogh and Anthony Morris haven’t been gone that long, but boy were they good in Endgame.

The Country Girls went strange and otherworldly, and lost the heat that made the novel provocative. Madama Butterfly and Last Orders at the Dockside felt pretty dated. Pale Sister didn’t have much emotional impact in drawing out Ismene’s story from Antigone. MÁM was nice to look at but lacked any coherent point

PRODUCTIONS I MISSED WHILE LOOKING IN THE WRONG PLACES 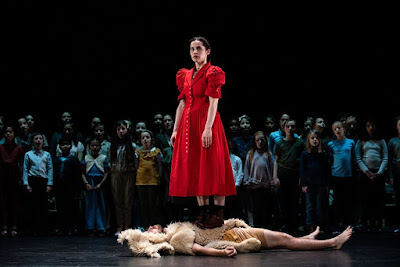 Also known as the “Too lazy to leave Dublin” category. Junk Ensemble and Dumbworld joined forces on the dance-opera A Different Wolf in Cork. Ronan Phelan directed Much Ado About Nothing in Kilkenny. Abomination: A DUP Opera, inspired by homophobic remarks by Northern Irish politicians, was in Belfast. Yet, Redemption Falls and Sauce were both on my doorstep. It’s impossible to see everything.

Posted by Chris McCormack at 2:48 PM