Pan Pan, 'The Seagull and Other Birds': Avant Garde a Clue 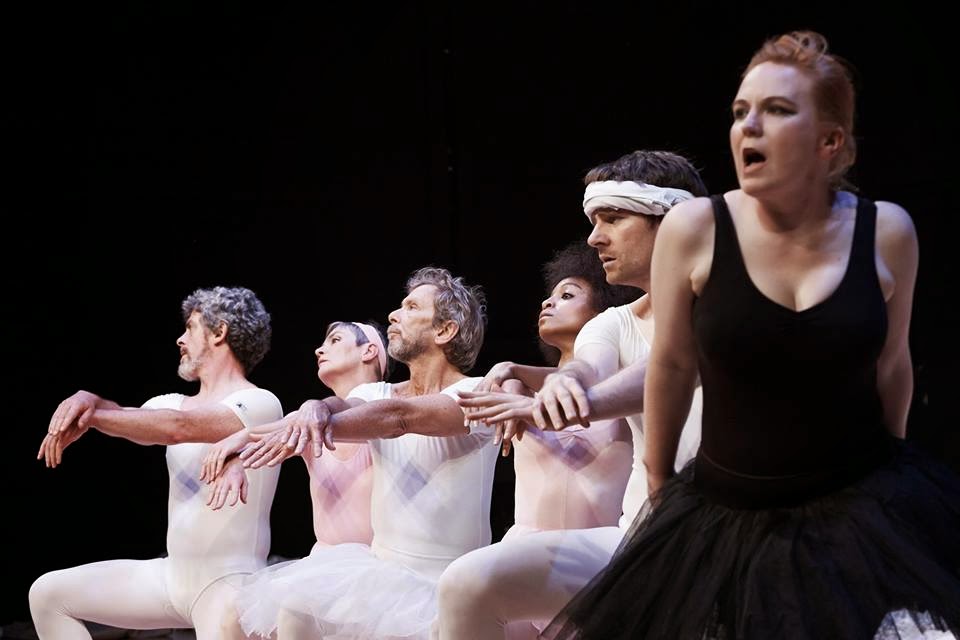 The artist in Chekov's The Seagull desperately searches for new art forms. Pan Pan's strategy for success is a fray of colliding texts.

My review of The Seagull and Other Birds coming up just as soon as I buy two bottles of Pinot Grigio in the off licence ...

Step inside Pan Pan's reimagining of Anton Chekov's The Seagull and you'll stumble onto a setting abandoning the original's lakeside estate of a celebrated actress for a thrilling mise-en-scène - a flock of tutu-wearing ballerinas, their classical turnings against the rock strains of the Happy Mondays, accompanied by a musician busying at a piano. Director Gavin Quinn, stupefying the conventionality of theatre and our expectations of such, pulls the floor right out from under us.

The production billing is actually attributed to Americanitis, a term denoting a fraying of the nerves, a sensory overload associated with urban existence. With our day-to-day absorption of texts, Quinn feels confident to borrow from sources as unlikely as Lena Denham's Girls. It's a strategy not dissimilar to Chekov's, who, according to Noelia Ruiz's important programme note, was consciously interacting with traditional theatre to defy the expectations its created.

The Seagull was always more interested in atmosphere than action, evoked by a portrayal of gathered artists and their conflicting ideologies. A radical playwright is given just dues in Dick Walsh, whose oddities and blowouts resist any customary device. Samantha Pearl sweepingly realises the professional ambitions of an ingenue in her charming turn. With regular players of the company - the baritone Andrew Bennett; Gina Moxley, delectably cruel; dejected but humble Daniel Reardon - they often break from the action and prance sweetly in ballet, as if one form is stepping on and proceeding another.

The dark horse is in fact a black swan. You'll find yourself bursting into laughter by Una McKevitt's severely deadpan turn as a melancholic. During an intimate admission of romantic feeling between two characters, McKevitt stalks up and stares coldly into their eyes like a piercing cynic. However, with an occasional blink you glimpse something else - an observation from a lonely and unrequited lover. A rant about women buying wine in the off-licence on a Monday night is funnily delivered but underlying it is a resentment she sustains throughout, a resentment against a life unfulfilled and undramatic. When asked why she always wears black, she responds "I'm in mourning for my life".

Chekov's play is a tragedy on different levels, from the death of ambition, declining careers, decaying art forms, to the unsettling reality of suicide. Yet, it also presents the realisations of people's ambitions and a call for new experience and practices, a search which Chekov suggests to involve an intertextual relationship with the plays that have come before. By centring on this, Pan Pan's The Seagull doesn't walk us to that all too common line between traditional and avant garde but rather traces the transference of text between them; a stream of information that regenerates and changes constantly. It's the energy of our universe.


What did everybody else think?
Posted by Chris McCormack at 9:05 AM