ANU Productions, 'Thirteen': Why Should We Fight? 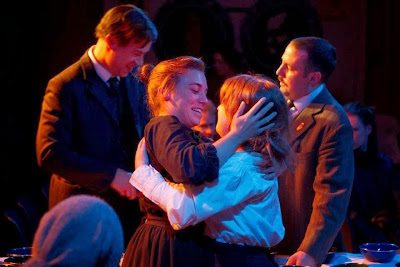 It's about time I wrote something about Thirteen - the thirteen-part theatrical epic by ANU Productions that is using the city as as a mise en scene to bring the Lockout of 100 years ago into focus.

I will be reviewing the event in two parts, with this post discussing the first eight chapters: Citizen X, Resilience, Porous, Suasion, Constituent(s), Backwash, Speakers Corner and Protest: Part 1.


Read more »
Posted by Chris McCormack at 2:07 AM No comments:

Company SJ and Barabbas, 'Rough For Theatre One' & 'Act Without Words II': In Dublin's Fair City 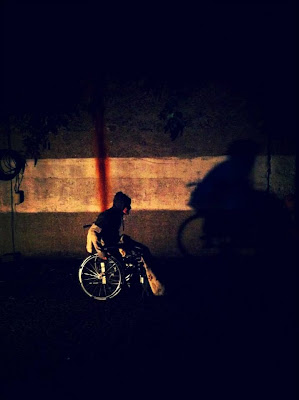 My review of Rough For Theatre One and Act Without Words II by Samuel Beckett coming up just as soon as I scratch an old jangle to the four winds ...

Read more »
Posted by Chris McCormack at 2:01 AM No comments: 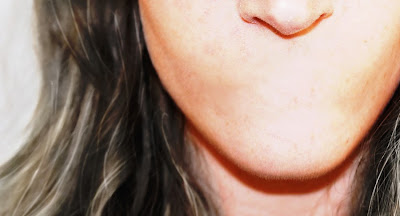 LIPPY by DEAD CENTRE is perhaps the most polarising and extraordinary production to premiere at the Dublin Fringe Festival, and (at the last minute) I was asked to review it for Irish Theatre Magazine, the result of which you can find here: http://www.irishtheatremagazine.ie/Reviews/Current/Dublin-Fringe-Festival--Lippy

LIPPY is a performance about the suicide pact of four woman in a house in Leixlip, Co. Kildare thirteen years ago.

Writing the review didn't fully get it out of my system. I mean Christ! - it's one of the riskiest things I've seen, and its use of form and content could have backfired horrendously.


Read more »
Posted by Chris McCormack at 8:11 AM No comments: 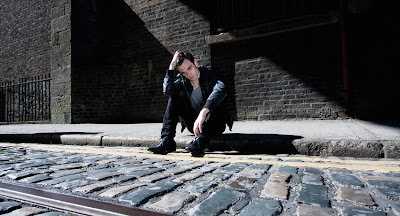 For my reviews of The Secret Art of Murder and a few other shows you'll have to go somewhere else.

Some of my reviews over the next few days will be published in Irish Theatre Magazine.

So for my reviews of Decision Problem [Good Time for Questions], GRINDR / a love story, The Last Post, and The Secret Art of Murder you'll have to click here.

Update: Instead of browsing the ITM reviewing section, here are links to the individual reviews.

The Secret Art of Murder: http://www.irishtheatremagazine.ie/Reviews/Current/Dublin-Fringe-Festival--The-Secret-Art-of-Murder

And, a last minute addition to the mix, my review of LIPPY: http://www.irishtheatremagazine.ie/Reviews/Current/Dublin-Fringe-Festival--Lippy

What did everybody else think of these productions? Add your thoughts in the comments section below.

Posted by Chris McCormack at 1:52 AM No comments: 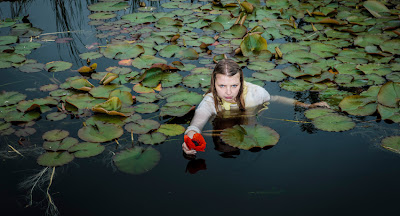 
My review of PONDLING by Genevieve Hulme-Beaman coming up just as soon as a brunette bolt of lightning shatters my hopes and dreams ...


Read more »
Posted by Chris McCormack at 1:39 AM No comments:

Collapsing Horse, 'Distance from the Event': Days of Future Past 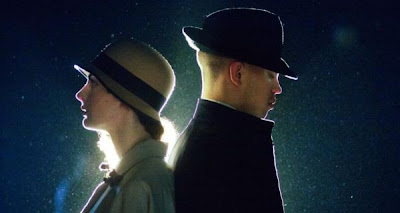 My review of Distance from the Event by Eoghan Quinn coming up just as soon as I wear a coat that's exciting ...

Read more »
Posted by Chris McCormack at 1:57 AM No comments:

PaperDolls, 'Bunk': Bed, Wrath and Beyond 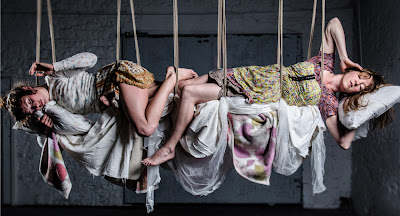 A quick review of Bunk after the jump ... 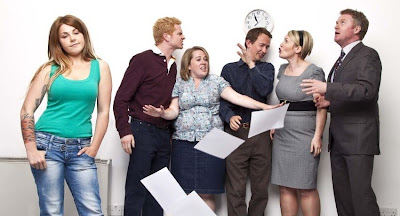 My review of Break by Amy Conroy coming up just as soon as I take out my notes to signal the first sign of defense ...

Read more »
Posted by Chris McCormack at 5:08 AM No comments:

In the Beginning Was the Spoken Word 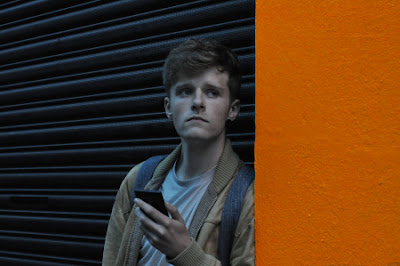 Promotional Art for the PETTYCASH production GRINDR / a love story by Oisín McKenna.

"As a gay today you don't know who else is gay oftentimes. And so it's hard to figure it out, so I've always kind of wanted a way to find other guys".

This quote is from an interview with Joel Simkhai, co-founder of the smartphone application GRINDR, who seemingly set out to simplify the means of interaction in the gay community. Spoken word artist Oisín McKenna explores how the invention has made communication between individuals worse rather than better.

Described as a "geosocial" networking device, this application lists other users in order of their proximity. McKenna describes his own experience with it: "I found myself in a position where I was forming these intense attachments to people over the internet based on information on their profiles, thinking that that was the normal way to conduct myself. I eventually thought: this is stupid".
Read more »
Posted by Chris McCormack at 9:00 AM No comments: 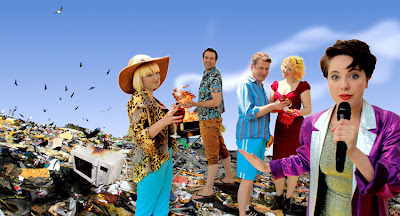 "Live in hope. You have chosen heat.
The desert. The King's feet".

Such is one curious quote from the upcoming new play by Louise Melinn and Máirín O'Grady: The King's  Feet. I meet the playwrights to discuss this dark comedy/dystopian fairytale.

"The Irish emigrants moving to Australia - that was the narrative we were looking at", says O'Grady.

Read more »
Posted by Chris McCormack at 2:23 AM No comments:

Not a "Composer" Composer but a Composer for Theatre 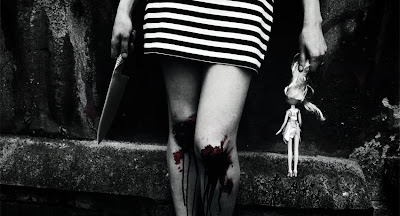 Promotional art for Animus by Denis Clohessy and Noelia Ruiz

You might remember Denis Clohessy's musical score strutting with the flamenco moving Tino McGoldrig in Silent or chasing Farrell Blinks through a train in Man of Valour. Now his compositions take centre stage in the new play Animus directed by Noelia Ruiz for Dublin Fringe Festival.

"There was a really strong impetus from Denis to create music that is not just ambience", says Ruiz. "To create a piece where the music is the main dramatic drive".

Clohessy is quick to credit the talents of the actors as well, who on this occasion are Camille Lucy Ross, Jim Roche and Anna Shiels-McNamee. There is also an impressive design team with Jack Phelan and Aedín Cosgrove. I ask him about the story of the play.

"It's a Murder Revenge story so there's an event, either accidental or on purpose, at the beginning of the show and the truth of it will be revealed through an investigation. It's kind of like a detective story". To go into it further, the play's press release reveals that a man is left dealing with the consequences of a tragic accident while two sisters seek their own version of justice. But it isn't as straight forward as that.

Read more »
Posted by Chris McCormack at 1:46 AM No comments:

Man as Some Kind of Baffling Monster

"Greek tragedy reveals Man as some kind of baffling monster", wrote philosopher Simon Critchley. It's one of several diverse references sourced from philosophers to screenwriters, Euripides to Paul Newman, that Dick Walsh mentions in our interview.

An Irish Times reviewer summed up their experience of his last play, a dangerman, as: "At one point in last night's show, I thought he might actually kill us". But while sitting in a café, Walsh kindly gets up from the table and asks the barista what flavour tea would best serve to unwind me from the stress of my day job.

We then discuss his new play in the Dublin Fringe Festival: Some Baffling Monster.

"I had an idea to re-look at the Greek play, where they discuss morals in a very overt way and characters have a very moral debate onstage". He goes on to describe how he adapted the plot of a Paul Newman movie, Hud, to an Irish scenario of a struggle between an old man and his son for the family farm. "I took this story as a set up for a moral debate: what makes a good man?"
Read more »
Posted by Chris McCormack at 1:52 AM No comments:

In Beckett the Body is the Thing so Act Without Words 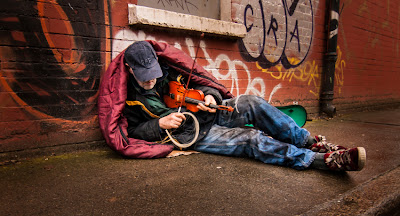 
Samuel Beckett was the great painter of a landscape blasted and smoldering after the second World War. But does the effect of him translate from the shell-shocked spectators seeing Waiting for Godot and Endgame in the 1950s to contemporary audiences, or do the plays need to find a way to respond to the devastation of today?

If so, director Sarah Jane Scaife and performer Raymond Keane may have found a way to do just that, as they relocate two of Beckett's one-acts to the city streets at night as part of the Dublin Fringe Festival.

The mime play Act Without Words II (which comes in at just over two sheets of sheer stage directions) had already been produced by the duo in the early 1990s. Scaife was qualified with her sharp sensibility of Yeats and Beckett, and Keane had trained in the Marcel Marceau camp of French mime. Their collaboration then ended. "I dropped her", Keane jokes. The reality was that he was going on to co-found the Barabbas company while she was off to direct Beckett in every corner of the world.