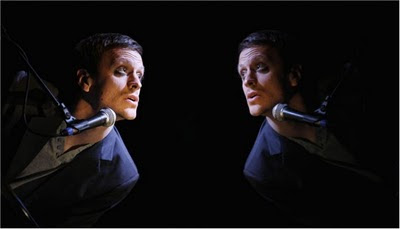 Read more »
Posted by Chris McCormack at 12:03 PM No comments: 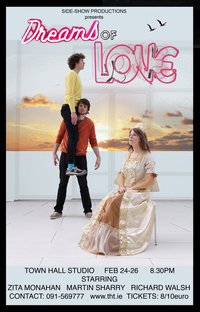 Worth mentioning that tonight is the last night of Dreams of Love in the Town Hall. I wasn’t able to see the finished performance but did get to a dress rehearsal during the week. Very funny and surprising at times. Here’s the press release:
... a girl, two guys, are locked in a revolving love triangle. The spectacle runs through various guises from Romeo and Juliet's amateur dramatics to Youtube melodrama and on to a scene where a King demands a sandwich ...
Feel free to share thoughts and impressions in the comments section.

Posted by Chris McCormack at 8:44 AM No comments: 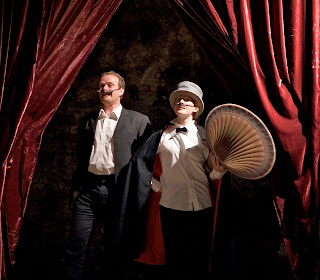 Project Arts Centre, Dublin
Feb 21-Mar 5
I mentioned in an earlier post that I’d do a piece on Blue Raincoat’s stage adaptation of Flann O’Brien’s At Swim: Two Birds, which is now showing at the Project. The show has been on its feet since the winter of 2009, which is when I saw it in the Raincoat’s Factory Space in Sligo. Below is a review of that performance (written back when I first started writing reviews. This is the blogger equivalent of baby pictures). Feel free to use the comments section below to share your thoughts.
Read more »
Posted by Chris McCormack at 7:22 AM No comments: 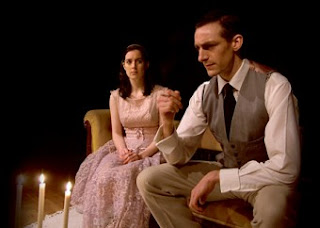 Read more »
Posted by Chris McCormack at 7:56 AM 4 comments:

Nyree Yergainharsian, ‘Where Do I Start?’: Pirandello & Ponies 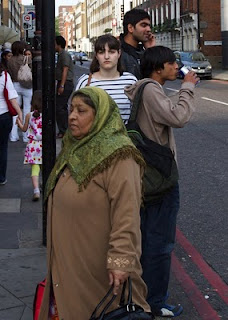 A few thoughts on Where Do I Start? coming up just as soon as I hate Ryanair …

Again: another shameful use of this blog. I will be performing onstage tonight at the Project Arts Centre at 7 in Waterdonkey Theatre's 'The Very Best of John Lennon'. The show is featured as part of THEATREclub's 'THE THEATRE MACHINE TURNS YOU ON: VOL II' festival. Check out the Project website for more information.

Here is the show description, and feel free to share your thoughts and impressions on the show in the comments section below.

PRISCILLA is inspired. ROSE is doing our hair. CHRIS is reading the news. ZITA is picking flowers. JOHN is looking for the truth. That is until we all eventually return to that moment which we can never leave behind for good.

An arpeggio of love, fortune, loss, and hope ... this is a world touched by John Winston Lennon.

Waterdonkey presents a special theatrical event inspired by the legendary musician's presence and influence, not just in our own lives, but in that of the fabric of contemporary society itself.

Lennon is a force stronger than gravity.
Join us in its freedom.


Posted by Chris McCormack at 3:19 AM No comments:

Email ThisBlogThis!Share to TwitterShare to FacebookShare to Pinterest
Labels: Waterdonkey 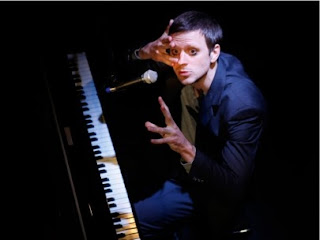 A fluttering of tweets this evening has announced the programming of a show called Mimic at the Project Arts Centre from Feb 22-26. After doing my homework I learned that Mimic is playwright/actor Raymond Scannell’s dark satire about “exploring imitation, authenticity and what happens to a nation that leaves its heritage behind”. I saw Scannell in Druid’s The Walworth Farce in 2009, in which he was fantastic. Mimic sits the actor at a grand piano, where he tells the story of a man who’s become a professional Mimic and left a cultural climate of economic and spiritual freefall and then returns home to find things have changed. Scannell bagged the Best Male Performance Award ABSOLUT Fringe 2009 for the role.

Tom Creed (Attempts on Her Life, Watt) is billed as director in past press releases of the show, though there is no mention of him on the Project website in relation to this run. Creed is one of the most ingenious practitioners in the country at the moment, having in the past year put together Una Santa Obscura (another musical composition realised for stage, this time combining an elliptical violin sonata with a coherent theatrical narrative in marvelling a devout mystic and composer of the 12th century) and Berlin Love Tour, the latter of which was one of the greatest shows I saw last year and for which performer Hilary O’Shaughnessy is a contender for the Irish Times Theatre Awards.

I carelessly left out mention in my February Listings of Blue Raincoat’s adaptation of Flann O’Brien’s At Swim: Two Birds at the Project Arts Centre, Feb 22nd-Mar 5th. Having seen it back in 2009 I would highly recommend it. Blue Raincoat’s production values are nailed together by the ensemble’s command of corporal mime techniques. These guys are absolutely marvellous to see moving onstage. I’ll be writing a post where people can find my review of the 2009 show and discuss the Project show if desired (I know the cast has had some changes and the show could possibly have developed since last I saw it).

So, do you think you’ll be going to Mimic or At Swim: Two Birds? 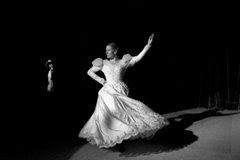 With many of the country’s greatest theatre acts taking off these days to tackle America with Culture Ireland’s ‘Imagine Ireland’ scheme, Dublin theatre audiences appear to have been left at the mercy of oestrogen-empowered comedies such as Calendar Girls in the Grand Canal or Adele King’s Grumpy Old Women in the Gaiety. While these large-scale, internationally-toured productions are sure to bring in the big bucks, there are a lot of local performances to be excited about also. Indeed, February 2011 can be characterised as a month of Irish theatre where the parents have gone away on business and the kids are now out to play.